OnionBusiness.com was among the more than 350 attendees at the Idaho-Malheur County Oregon Onion Growers Meeting on Feb. 6. The event, held at the Four Rivers Cultural Center, shed light on ongoing onion research in the region while also providing time to network and visit the trade show’s 47 exhibitors and their booths with everything from seed to packing solutions. 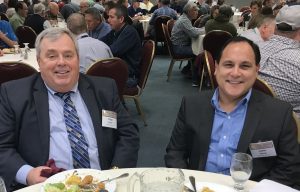 Organized by the Association Management Group based in Boise and headed by Rick Waitley, the meeting consisted of more than a dozen educational sessions. Topics covered included Pink Root Biology and Management, Thrips and Iris Yellow Spot Management and H2A, Employee Retention and DOL Wage Compliance.

Depending on growers’ state locations, the sessions provided four or five pesticide credits, which made the meeting an even bigger draw for many growers. Additional pesticide credit sessions took place in a separate session on Feb. 7.

And, much to the delight of growers, buckets of seed were provided as door prizes by Seminis/Monsanto and Nunhems/Bayer. Additional door prizes were provided by Gowan Seed and the Idaho-Eastern Oregon Onion Committee. 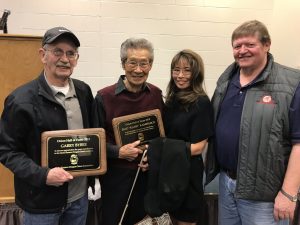 One of the biggest highlights of the day was the Hall of Fame luncheon, sponsored by Nunhems and Seminis Seed. This year’s Hall of Fame inductees were Isao “Kame” Kamishige and Garry Bybee, and OnionBusiness.com will have full coverage of the luncheon and the inductees in next week’s news.

At the close of the meeting, the consensus was positive, and Sherise Jones of OnionBusiness.com reported that “everyone seemed to be in good spirits and looking forward to spring planting.”

Sherise spoke with Brian Kameshige with Kameshige & Sons Inc. in Ontario, OR. Also a partner in Snake River Produce Co., Brian commented, “We are planning to plant, and we’ll get started sometime in March.” Despite the mild winter in the Treasure Valley this season, Brian said there is plenty of water for the 2018 crop, and he anticipates most growers will maintain onion programs similar to those of the 2017 season.

We took lots of photos and invite you to take a look at our photo gallery from the event and see if you recognize any Treasure Valley industry pros. Featured Image: Treasure Valley onion growers, Corey Maag, and Bob Gressley 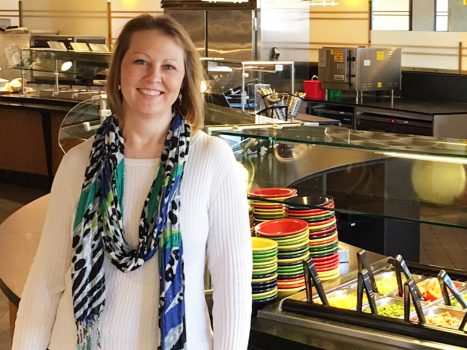