The turnout, according to OnionBusiness’s Sherise Jones, was “tremendous,” with friends and colleagues gathering to recognize Clint’s many years of hard work and immeasurable contributions to the region’s ag industry.

“It was a tremendous turn out at the party, which was held at the Four Rivers Cultural Center following the Idaho & Malheur County Onion Growers Meeting earlier in the day,” Sherise said. “Many Treasure Valley growers were in attendance, and OSU colleagues traveled from around the state to honor Clint and all he has contributed to the Oregon State University Malheur County Experiment station.”

Dr. Shock joined the OSU/Malheur County Experiment Station in 1984 and has been responsible for the facility’s administration and agronomy research, including the production of onions, potatoes, and specialty crops using precision irrigation. And prior to that position, he was an assistant professor at Louisiana State University.

Among the many research OSU/Malheur County Experiment Station programs he led are those dealing with environmental issues including erosion control, excessive nutrient losses in surface water runoff and groundwater contamination with nitrate and Dacthal breakdown products. He also participated in cooperative team efforts to correct environmental problems in Malheur County.

Sherise Jones caught up with Clint for a few moments during his well-attended event, and she said from what she could see, the title “retired” is “only a figure of speech.” Clint told Sherise that he is heavily involved in many research projects in the area, with one notable project being a breeder of Stevia. He also explained a little bit about how he came to follow his passion for agriculture.

“Since I was a young boy growing up in Garden Grove, CA, I always wanted to work in agriculture,” he said. “I remember raising squash and asking my parents if I could enter it in the L.A. County Fair. My dad told me no because he didn’t think I had any chance of winning. When I went to the fair and saw the squash entries, I knew that my squash left at home were far larger than those at the fair, and I was sure I would have won the prize.”

Clint’s confidence was well-founded and served him throughout his career in agriculture.

His initial life direction, he said, was set by his mathematician mother.

“My mother was extremely bright and was a talented mathematician,” Clint said. “She was insistent that I become a mathematician, too, and so I honored her wishes and obtained a mathematics degree from Cal Berkeley. Later I was able to follow my agriculture dreams and go on the receive a masters in horticulture and Ph.D. in Plant Physiology at University of California/Davis.”

At his side has been wife, Candace Shock, and the couple has three children, Byron, Cedric and Myrtle.

At the “retirement party” there was universal agreement that Clint has made long-lasting contributions to the agricultural community of Malheur County, but Sherise said, “It doesn’t appear that his retirement from Oregon State will have him riding off into the sunset. It seems Clint Shock has plenty of plans to continue his work and following his boyhood dreams.”

More photos from the party are provided here. 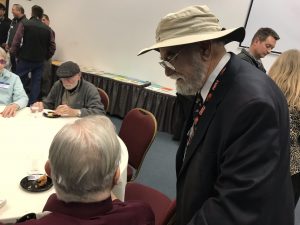 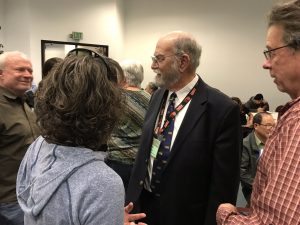 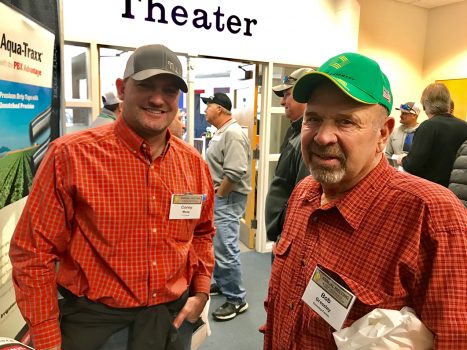