Idaho-E. Oregon kicks off 2020 season with optimism and a good crop

Shippers across the Treasure Valley in Idaho-E. Oregon are enthusiastically heading into the 2020 season with what’s being described as a nice, healthy crop after a good growing season.

Also in Nyssa, Jason Pearson with Eagle Eye Produce said on July 22 that Eagle Eye’s crop in Idaho-E. Oregon is coming along well. “The crop looks great, and we will be starting up the first part of August,” he said. Image: July 20, 2020 crop progress, photo courtesy of Eagle Eye Produce.

Chris Woo with Owyhee Produce in Parma, ID, and Nyssa, OR, said his operation had started bringing in Idaho onions last week, and he noted, “They weren’t rushed, and they were good to go.” Owyhee has been working a deal in Los Baños, CA, which is winding up this week, and Chris said, “The transition will be seamless. New crop production this weekend will be limited from Idaho, and the onions will go mainly to our program business that likes to stay with our year-round procurement and distribution.”

In Parma, ID, Phil Obendorf with Obendorf Farms told us on July 22 his operation will start harvest on Aug. 25. “The crop is coming along really well,” Phil said. “Our yields could be down slightly due to stand issues, but the onions look very good.” Image: 2019 onion harvest, photo courtesy of Obendorf Farms.

A report from Steve Baker at Baker & Murakami Produce in Ontario, ID, is also one of optimism for the new season. Steve said on July 22, “We should start packing around Aug. 3, and we will be starting with yellows and should have some reds two or three days later.” He said the crop looks “very good and healthy at this time, and we should have good size like we normally do.” Steve also commented on Baker & Murakami Produce’s new growers, Paul and Logan Skeen. He said, “We are very happy to have Paul and Logan Skeen join us as grower-partners. They are outstanding growers who are very hands-on in all aspects of their onion program.  They are also outstanding people, and I’m personally excited and want to welcome them as partners.”

And in Payette, ID, Dan Phillips with Central Produce Distributors in told us on July 22 that Central will start packing the week of Aug. 10. “The crop looks exceptional this season,” he said. “There isn’t one field that isn’t great. In years past, we’d see some fields looking better than others, but this year everything looks outstanding.” 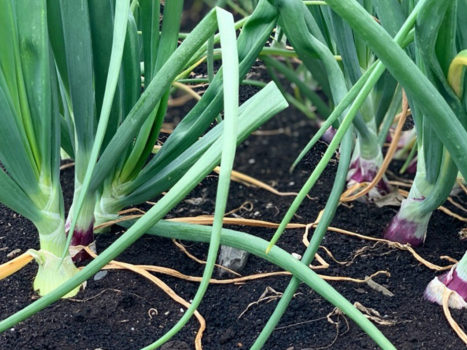