What had been planned as an in-person event after several years’ absence ended up, as did so many other 2020 events produce industry, going virtual, and organizers of the Idaho-E. Oregon Onion Committee’s late-October to mid-November Virtual VIP Tour have deemed it “funding well spent.”

Idaho-E. Oregon Onion Promotion Committee Chair Herb Haun said at the conclusion of the on-line tour in November that the “trial run” of the Virtual Tour brought in more than three dozen onion buyers from across the country, at least twice the number that would have attended an in-person tour.

Numerous Treasure Valley shippers participated, providing a well-rounded look at the region’s onion industry. The Virtual Tour was designed for each to have a video presentation, separate company welcome page and downloadable file accessible via a secure procedure on the USA Onion website.

“At this time,” Haun said, “the success is being evaluated, but initial reports indicate it was funding well-spent.”

Initially planned to be an in-person event in fall 2020, the VIP Tour had been approved for funding through the efforts of Idaho-E. Oregon Onion Committee Executive Director Candi Fitch, who was successful in obtaining a federally secured specialty crop grant through the Idaho Department of Agriculture. Previously the Committee had hosted more than a dozen such annual tours, with between 15 and 18 buyers brought in for harvest field visits and trips to packing sheds. Those tours also included special activities such as Boise State football games or whitewater river rafting.

Several years ago the Committee was faced with budget cuts, and the VIP Tours were shelved. So, when Fitch secured funding through the grant process, Haun said, “The effort was really welcomed by the Committee members who saw great value in the VIP Tour.”

That was pre-COVID-19, and with the national lockdown causing cancelations of events worldwide, the Idaho-E. Oregon Onion Committee then began looking at the success of virtual platforms being used by United Fresh, PMA Foodservice and, later, PMA Fresh Summit.

Haun said that while an in-person experience is considered the most impactful, “We knew we either had the virtual platform or no platform.” That pivot required Fitch to request and receive approval for a shift in focus from the in-person to virtual event, which operated smoothly. And at its conclusion, the participating shippers received copies of their video presentations for their own marketing purposes. 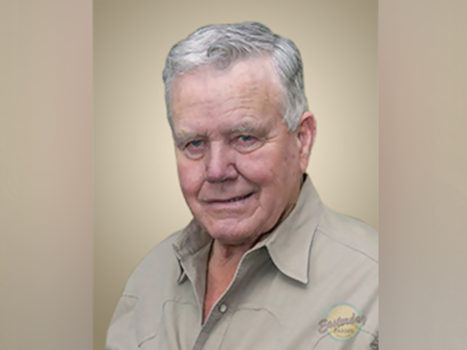