According to Bill Trask, IOFVA president, the focus of the 2016 convention is to increase member and associate member participation not only at the convention but also throughout the year.

IOFVA is recognized as one of the largest organized onion advocate groups, and Trask and board members of the association believe there is strength in numbers when it comes to dealing with legislative issues such as FSMA and the food safety regulations that come from those issues. The association executives work closely with growers to adopt a proactive approach toward existing regulations and implementation of new regulations.

“These are all things that will be discussed as part of the convention program,” Bill told OnionBusiness.com.

“Our initial focus for the convention was set on customer service,” Bill commented.  “But in this ever-changing world customer service is so much more. You can’t talk about customer service without addressing technology, innovation and communication, and Troy is an expert in these areas.  We think that his program will bring it all together.  Plus, he is scheduled to participate in other portions of the convention and will make himself available to members and associate members on a one-on-one basis in McCall.”

Troy’s address will come during the President’s Banquet on Friday event and is especially relevant with the presumptive nomination of Donald Trump, creator of “The Apprentice,” as the GOP candidate for President.

One year after becoming CEO of McClain Companies, a full-service marketing, communications, and business management company located in Boise, Troy rose through the ranks to become a finalist during the first season of “The Apprentice” in 2004 on NBC.

The Donald, who ultimately sent Troy back to Boise, is quoted as saying, “It’s guys like Troy who make America great.”

On the McClain Companies’ web site http://themcclaincompanies.com/about/success/ the story is told thus:

“Who would have thought a country boy from Idaho could go on national television, be seen by 28 million Americans every week and still appreciate the simple things like fly fishing on a backcountry stream? That is Troy McClain. Troy’s rise to prominence happened as he climbed Donald Trump’s ladder on NBC’s ‘The Apprentice,’ advancing all the way to the finals.

His awards and accolades include being featured in numerous publications, such as Fast Company and USA Today. Troy has made appearances on multiple national television programs, including Today, Dateline, Larry King Live, Live with Regis & Kelly, HGTV Renovation Countdown, and The Tonight Show with Jay Leno.”

Leading up to what promises to be a lively keynote address, the annual convention will kick off Thursday, June 9, with the Welcome Reception, which is followed by the Texas Hold-Em Tournament later that evening. The Industry Breakfast on Friday morning will feature five associate members “Up Close and Personal.” The Golf Tournament is Friday morning, with a variety of activities throughout the afternoon.

Saturday will include the annual Business Meeting, activities and contests such as the Poker Walk, Tennis Contest and Softball Tournament. The Awards Banquet will take place Saturday evening and will include the announcement of buyers who took part in the convention’s Silent Auction.

For additional information, contact the Idaho-Oregon Fruit & Vegetable Association at 208-722-5111. 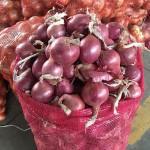