With more than $250,000 earmarked specifically for onion promotions, the Oregon and Idaho Departments of Agriculture are stepping up activities with the Treasure Valley’s two of the biggest export markets for onions, Mexico and Canada.

To that end, the two states are hosting an entourage of eight visitors from Mexico this week, and a similar inbound trade mission from Canada is planned for September 2020.

According to Laura Johnson, Bureau Chief of Marketing and Development for the Idaho State Department of Agriculture, the eight Sept. 17-18 visitors, not including the contractor, represent seven companies. One is a food blogger, and of the other six, one is a retailer and five are wholesale/distributors.

Prior to the group’s arrival, Laura, who is working with Erick Garman, Trade Development Manager with the Oregon Department of Agriculture, on the tour, explained a bit more about the funding. It is part of a $200 million package the USDA awarded to 57 organizations through the Agricultural Trade Promotion Program with the intent “to help U.S. farmers and ranchers identify and access new export markets,” and the Western United States Agricultural Trade Association received some $7.5 million. Of that amount, the Idaho and Oregon Departments of Agriculture were recipients of the onion-tagged $256,100.

She said those monies are for onion-only promotions for Mexico and Canada, adding, “WUSATA received funding for many other projects.”

She and Erick have coordinated with area packers, and Laura said, “There are eight packing sheds signed up to meet with the group for individual site visits.  In addition, the Idaho-Eastern Oregon Onion Committee is hosting a reception on Wednesday night for the onion industry. There will be additional growers and packers attend the reception.”

Laura continued, “The itinerary includes visits to the packing companies, and several but not all stops will include a tour of the packing shed and warehouse.”

Laura and Erick, along with Idaho-E. Oregon Onion Committee Executive Director Candi Fitch, “have split up the tasks pretty well.” Laura said. “This is rather granular but Idaho handled writing the proposal for the promo, the hotel and transportation logistics and setting of the schedule. Oregon handled airfare arrangements, compiling the buyer profiles and final communications with the participants.  Each state worked on the overall plan as well as recruiting participants from their respective states.” She said both she and Erick would be accompanying the visitors on the mission.

The goals for this and other inbound trade missions are to expand export markets for Idaho-E. Oregon onions. “We are hoping to increase exports to Mexico in both the short-term and long-term,” Laura said.  “The visits are important for developing long-term sales.  It appears that the contractor has done an excellent job of recruiting serious buyers, and we will know more after the visit.”

She said, “This is the first step of the project in Mexico.  It also includes retail promotions in stores in Mexico, with recipe development and cooking demos along with trade communications and advertising over two years.” 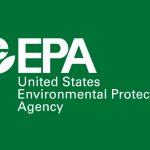 ‘Waters of the United States’ rule of 2015 repealed