‘Waters of the United States’ rule of 2015 repealed

A 2015 federal ruling that gave the Environmental Protection Agency authority to define a plowed field as having mini mountain ranges separated by navigable waterways has been repealed and previous regulations restored, as announced last week by U.S. Secretary of Agriculture Sonny Perdue.

The office of the Secretary released a statement on Sept. 12, praising the EPA for “for taking another step to fulfill President Trump’s pledge to repeal and replace the Waters of the United States (WOTUS) rule.”

In announcing the move by EPA Administrator Andrew Wheeler and Department of the Army Assistant Secretary of the Army for Civil Works R.D. James, Secretary Perdue’s office noted, “Repealing the WOTUS rule is a major win for American agriculture. The extreme overreach from the past Administration had government taking the productivity of the land people had worked for years.” Moreover, Secretary Perdue said, “Farmers and ranchers are exceptional stewards of the land, taking great care to preserve it for generations to come. President Trump is making good on his promise to reduce burdensome regulations to free our producers to do what they do best – feed, fuel, and clothe this nation and the world.”

OnionBusiness first reported on the WUSA ruling in 2016, examining an EPA assertion that soil between plowed furrows constitute “mini mountain ranges, uplands and dry land,” with farmers looking at wetland permits for the act of plowing a field. We cited a story posted Oct. 14, 2016, on michigancapitolconfidential.com that said the WUSA, which used the Clean Water Act to give both the EPA and the Army Corps of Engineers increased jurisdiction over private land uses by defining furrows as waterways.

In announcing the repealing of a rule that “impermissibly expanded the definition of Waters of the United States” (WOTUS) under the Clean Water Act,” Wheeler said, “Today, EPA and the Department of the Army finalized a rule to repeal the previous administration’s overreach in the federal regulation of U.S. waters and recodify the longstanding and familiar regulatory text that previously existed. Today’s Step 1 action fulfills a key promise of President Trump and sets the stage for Step 2 – a new WOTUS definition that will provide greater regulatory certainty for farmers, landowners, home builders, and developers nationwide.”

James added, “Before this final rule, a patchwork of regulations existed across the country as a result of various judicial decisions enjoining the 2015 Rule. This final rule reestablishes national consistency across the country by returning all jurisdictions to the longstanding regulatory framework that existed prior to the 2015 Rule, which is more familiar to the agencies, States, Tribes, local governments, regulated entities, and the public while the agencies engage in a second rulemaking to revise the definition of ‘waters of the United States.’” 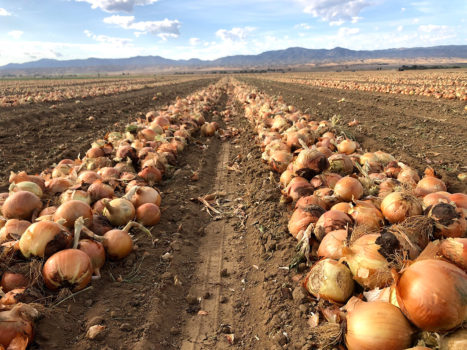