Industry Leaders to be Honored at TIPA Hall of Fame Banquet

Seven leaders of the Texas produce industry will be honored Jan. 27th, 2020, at the Texas International Produce Association’s Hall of Fame Banquet. The Texas Produce Hall of Fame was established in 1988 and has since presented 143 living and posthumous awards and 23 Scott Toothaker Awards to men and women who have contributed a large part of their lives to the betterment of the produce industry throughout Texas.

The seven inductees to be honored as leaders among the farming or sales industry of fresh produce in Texas will be Kathy Reavis, Aquilies J Garza, Charles La Grange, Jimmy Pawlik, and Lawrence Kroman. Posthumous awards will also be given to honor Harold Macomb and Boone La Grange. Finally, Jimmy Santos will be honored as the 2020 recipient of the Scott Toothaker Award for his dedication and service as a partner to the industry.  The Scott Toothaker Award was established in 1989 for those individuals who are not directly involved in production agriculture, but who have made immense contributions, nonetheless.

The Hall of Fame is considered one of the most treasured events and is held every other year by the Texas International Produce Association for the last 32 years. This banquet provides the opportunity for today’s industry members to pay tribute to the leaders and role models who paved the way for future generations in the produce industry. In addition, the banquet also serves as a fundraiser for the William E. Weeks Agricultural Scholarship; established to encourage future generations to carry on the hard work of our past leaders and pursue education in the field of specialty crop agriculture.

If you are interested in more information regarding the Texas Produce Hall of Fame, please contact the Texas International Produce Association offices at 956-581-8632.

The Texas International Produce Association (TIPA) was created in 1942 by a group of industry leaders who shared a vision to expand the Texas produce industry. These industry pioneers understood that by working together they would be able to reap greater benefits, thus TIPA was formed to represent the business, economic, and political interests of Texas-grown fruits and vegetables.  In 2012, in response to the rapidly evolving needs of its members, TIPA’s mission was further expanded to address the issues and opportunities surrounding the importation and marketing of foreign grown produce that was being shipped through Texas ports. 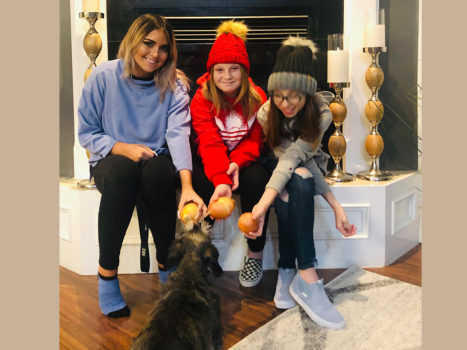