Cain Adams with Trinity Logistics/Longboard Logistics in Meridian, ID, adjacent to Boise told us 2019 was wrapping up on a positive note.

He said, “December brought a steady amount of loads out of Idaho, Oregon and Washington. Thank goodness! We were thinking we may need to invent new onion recipes and a Pinterest account to increase demand.” That said, Cain added, “Trucks made their money this year but still lagged compared to 2018. We did see a few $9 loads from Idaho, Oregon and Washington to the East Coast and Florida. Potato loads were in the same pricing situation, and the demand for them helped fuel the freight fire. We expect most of January to mirror the pricing of December.”

And, he gave a shout-out to Brian at Baker Murakami “who helped me recover a fall out last week,” Cain said, “I may actually have to give that guy a bear hug. Many thanks.”

He continued, “Each year people think. ‘Oh, the holiday is behind us.’ Well, it is, but the hangover of higher shipping costs is not. In my opinion, fuel is higher, weather is still a factor and many truckers still need to finish up their taxes. Look at Jan. 21 for the price drop as seen last year.”

Also, he cited figures about Mexico from the National Potato and Onion Report, Idaho Falls, ID, dated this Monday, which showed 156 crossings vs 41 the same time last year. Cain said, “It’s not a huge number but maybe an area to observe. We need to start calling our contacts in the McAllen area this week to start feeling out the lanes. Produce brokers will start comparing freight rates to other growing regions before we know it.”

Then there were the shenanigans of Mother Nature in 2019. Cain said for logistics, “Weather this year has been fair to us. The passes have been open more regular allowing our loads to deliver on time. Still, do yourselves a favor and do the 10-day forecast for difficult lanes. Also, try to keep your loads one pick, one drop as much as possible. We have been seeing trucks turn their noses down to multiple picks because of the waiting times at the sheds.” And he extended an invitation: “We are here to help you reduce your stress. If you get bored, give us a call. We enjoy new opportunities!”

Industry Leaders to be Honored at TIPA Hall of Fame Banquet 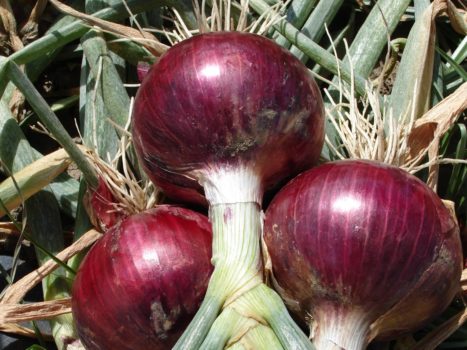 S. Texas onions on track for 2020 and seeing increased demand for large-medium onions