Largely seen by the domestic agricultural community as a positive step toward harmonization, U.S.-Japan Trade deal, which was signed by President Trump on Monday, Oct. 7, affects a number of export industries, including domestic onions.

We’ve attached the sheet that lists onions, which can be found at https://ustr.gov/sites/default/files/files/agreements/japan/Annex_I_Tariffs_and_Tariff-Related_Provisions_of_Japan.pdf.

FAS also told us that “what is and is not covered in the agreement is also available on the USTR website.” That site is accessible at  https://ustr.gov/about-us/policy-offices/press-office/fact-sheets/2019/october/fact-sheet-us-japan-digital-trade-agreement, and the agency also provided additional reference material accessible at General Information Page:

Statements from both USDA Secretary Sonny Perdue and American Farm Bureau Federation Zippy Duvall praised the move, with Duvall calling the agreement a “successful end to more than a year of negotiation between Japan and the United States.” Duvall said, “This agreement means sharply lower tariffs on our farm and ranch exports with the promise of more to come. And while we aren’t yet finished opening this market, the conclusion of these talks means we can now trade with Japan with the same advantages enjoyed by signers of the CP-TPP trade agreement. That’s great news.”

He was further quoted as saying, “We hope the momentum from this win carries through to the negotiations with China this week and sets the stage for similar bilateral agreements with other countries involved with the CP-TPP. We appreciate this Administration’s efforts to improve trade opportunities for farmers.”

The limited bilateral trade pact, which President Trump favored after pulling out of the broader Trans-Pacific Partnership involving 11 countries, will, “liberalize market access between the two countries.” Japan is one of the four top countries receiving U.S. onions, according to National Onion Association figures. “U.S. onion exports amount to 11-14 million 50-pound bags per year. Leading export countries for the U.S. are Canada, Mexico, Taiwan, and Japan,” the NOA website says.

In 2018, as noted at http://www.worldstopexports.com/onions-exports-by-country/, the United States ranked fifth in world onion exports for a value of $231.7 million. Our domestic exports made up 6.5 percent of the total volume exported by 15 countries.

Again not onion specific, numbers show that Japan is the fourth largest importer of U.S. products at a value of $75.2 billion.

“For example, under the agreement, Japan will: Reduce tariffs on products such as fresh and frozen beef and pork; Provide a country-specific quota for wheat and wheat products; Reduce the mark-up on imported U.S. wheat and barley; Immediately eliminate tariffs for almonds, walnuts, blueberries, cranberries, sweet corn, grain sorghum, broccoli, and more,” it said.

Also praising the new pact is USDA Secretary Sonny Perdue, who said on Aug. 25 after the trade agreement was announced, “Japan is a significant market for United States agriculture exports, making today a good day for American agriculture. By removing existing barriers for our products, we will be able to sell more to the Japanese markets. At the same time, we will able to close gaps to better allow us to compete on a level playing field with our competitors. I thank President Trump and Ambassador Robert Lighthizer for their constant support of America’s farmers and ranchers and their hard work negotiating better trade deals around the globe.” 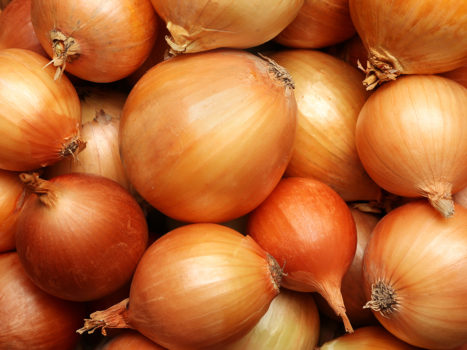