The onion industry was saddened to learn of the death of John Starr, a Treasure Valley grower who died unexpectedly on Feb. 7 in Colorado.

Starr, 58, passed away at Swedish Hospital in Englewood, CO, from complications following an accident. He was surrounded by his family at his passing.

An Ontario, OR, resident, Starr was born in that city on Feb. 5, 1958, Donald Henry Starr and Vanda Lee Starr. John grew up in Ontario and graduated from Ontario High School in 1976. He served a mission for the Church of Jesus Christ of Latter-Day Saints in the Arizona, Tempe mission. He returned home to attend Ricks College, graduating in 1982. At Ricks he met his future wife, Darla, and the two were married in the Salt Lake Temple on Aug. 8, 1980.

John’s love of ag led him to graduate from Utah State University in Logan, UT, with a degree in Agronomy and Soil Management, and after working for a sod company in Utah he returned to the family farm to fulfill his desire to farm. He had been a local farmer for over 20 years and was a grower for Central Produce Distributors in Payette, ID.

Together John and Darla raised four children: Tyler (Holli) Starr of Bakersfield, CA; Jared (Melissa) Starr, of Colorado Springs, CO; Chelsi (David) Sjostrand, of Nampa, ID; and Jordan (TaraLynn) Starr, of Ontario, OR. One of his greatest joys in life was being with his family, especially with his eight grandchildren: Austin, Ethan, Riley, Sam, Lillee, Levi, Sophia, and RaeLynn, and two more due this year.

John Starr is survived by his wife, children, and siblings Melanie (Doug) Vaughn, of Fresno, CA; Kris Vahlsing, of Ontario, OR; and Fred (Jody) Starr, of Fruitland, ID. He was preceded in death by his parents.

Speaking for the industry, Dan Phillips of Central Produce said, “We are saddened by the loss of John. He was a respected member of our community and a true asset to the company. John was an honest and kind man who would do anything for anyone. I can recall instances where John helped total strangers because they were in need.  He will be dearly missed by everyone here at Central.”

John served in various callings in the LDS church over the years and was Bishop of Ontario 2nd Ward at the time of his death. 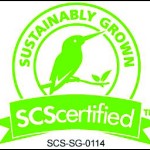