Although the East Coast was slammed by a late January storm, which slowed movement of everything, including onions, and Mexico began shipping, the outlook for the overall onion market is very good, according to our friends at the National Onion Association.

In his February Statistics Report, NOA Executive Vice President Wayne Mininger explained that the strong demand and pricing that began in mid-December and continued well into January slowed with the convergence of Mexico and the storm, “… favorable shipment pacing and pricing continued for many.” Mininger said that “ a very manageable underlying storage inventory position and firm current pricing levels should bode quite well going forward.”

A mid-winter slowdown is the norm, and Mininger said that “dropping prices does little if anything to stimulate shipments when this circumstance occurs.” In fact, he said, “A pause and re-set traditionally takes place in this scenario, then the deal moves into a new sweet spot and markets generally progress to next steps on a positive track.”

At this time, Mininger said quality is very good in many lots, although there is higher than usual shrinkage this year as well. “In any case, every market niche deserves the best quality pack possible to maximize onion consumption and market utilization,” he said, citing “optimistic comments and a resolve to market well” from NOA members he spoke with in compiling the report.

As far as regional conditions, Mininger reported that in the East, although a few “variable” lots remain, “most descriptions indicate good to excellent quality and sizing in place. Movement very active until the recent storm-induced lull; market pricing improved and positive. Favorable market prospects are encouraging.”

In the Central region of the U.S., “Supplies [are] in exceptionally favorable range; several shippers done, as other near conclusion to their seasons. Markets are good and expected to improve even more so as this year’s deal moves steadily and positively towards its end.

The West’s “exceptional quality onions are certainly prevalent and readily available,” he said. He also said that going along with the exceptional quality is “… a reality that has reduced NW regional inventories since the outset, namely growing season weather issues that increased shrinkage in more lots than usual.” Still, in the context of favorable stocks, Mininger said the West has had shipments “… very active early and prices climbed significantly until the recent market lull and expected-to-be-temporary plateauing of prices.” He also said, “Positive basics remain in place; market optimism is freely expressed regarding potential prospects moving forward.” Off-short shipments are moderate, loads to Mexico have been “exceptionally brisk at times this year,” and movement is “reasonably active into W. Canada.” With the pace as it has been, “Several sheds note that at their current pace they will finish earlier than normal and may intentionally slow deliveries in order to service primary customers to season’s end.”

Mininger’s report indicated that Canada has had active trading in domestic markets, with increasing prices. Inventories are below normal, “partially a result of extraordinary export to U.S. throughout fall and early winter.”

Mexican onions out of Tampico have had a favorable growing season to date. Crossings have been limited but will increase as the season progresses. “Fewer acres for harvest; varietal maturity more spread out, which should stabilize shipments and help to steady markets during harvest location transitions. Mexico’s domestic market supplies shorted by rains on central state crops, resulting in very high prices and significant demand for U.S. onion imports.”

And on S. Texas onions in the ground now, Mininger said crop progress is “very good to date,” with most reporting fewer acres this year. “Favorable weather beneficial to encourage healthy tops and bolster desirable development of the bulbs. Storage to new crop transitions look promising in sequence to recent market run-ups and the successive leveling out occurring in the current mid-winter lull. Supplies from here and competing areas should all find a place and work their way into the onion market distribution system in an orderly and positive fashion.”

In other onion news, NOA said imports from Peru are up significantly over year-to-date 2015. Chile is coming in at a slower pace. “Peruvian product destined for the U.S. market is nearing completion, although slowed from conclusion in part by disruptions in retail business caused by the recent Eastern storm,” Mininger said. 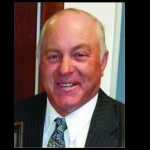