Longtime Wada Farms associate Kevin Stanger was recently named president of the Idaho Falls, ID-based company. He had previously held the position of executive vice president of sales and marketing.

The announcement of Stanger’s new role came with the naming of Joe Esta as vice president. Company CEO is Bryan Wada.

Stanger, who has been with Wada Farms for more than 25 years, comes from a potato family, and he has lifelong ties to the eastern Idaho region.

“I grew up in Idaho Falls, attended college at BYU and graduated in finance and accounting,” Kevin told OnionBusiness.com.

The Stanger family has long been associated with potatoes, he said. “My grandfather got started in the potato industry, followed by my father. After school I joined in and have been in the produce industry ever since.”

His career with Wada Farms came about after his family, which owned Idaho Bonded Produce, sold the company to J.R. Simplot Co.

“I stayed with the Simplot Company for a few years and then left to go and handle the sales at Wada Farms,” he said. “That was over 25 years ago. We went from one sales person, myself, to over 40 people today. I’ve basically been over the sales/marketing program my entire career with Wada.”

Stanger said his new role as president will bring some changes to his daily routine, but he looks forward to the challenges and opportunities.

“I’ll be less involved in the day-to-day sales, but I’ll still be active in working and encouraging our team to continue the great growth that we’ve worked for over the years,” he said.

He’ll also have “more involvement with some of our other activities, such as our sweet potato programs, logistics and so forth.”

While potatoes are the hallmark for Wada, onions are also integral to the company’s product line-up.

Stanger noted, “Obviously potatoes were our starting block and still remains our largest volume item, but our onion category has grown to help provide a full line of products to our customers.”

When asked where he’s seen the biggest changes and advancements in the onion category, Stanger said technology in farming, packing and shipping has been a major factor. Markets are constantly changing. And communications is key to business as well.

“Obviously those areas have changed over the years. Farming and packing have advanced in many ways to provide better yields and quality,” Kevin said. “The markets have changed for every commodity, with a smaller pool of buyers as acquisitions and companies forming buying groups have made it more competitive than it was some 20 or 30 years ago.”

He continued, “Packaging/marketing has taken some strides forward as the consumer demographics have changed.”

As for the produce industry as the 21st century moves forward, Stanger said, “I do believe that there will be more consolidation, both on the shipping/growing side and the end user side.  I believe that all we will continue to see great things coming out of retail and foodservice. They are always looking to find better ways to meet the customer needs and be forefront in the industry.”

And the elephant in the room continues to be the economy, which Stanger said “will obviously be a big factor in the future with what happens regarding growth of the produce industry.”

Politics aside, Stanger said a new president’s position on free trade and other issues “will have a big impact.”

Super Colossals continue to rock it in Japan 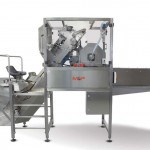