Super Colossals continue to rock it in Japan

On March 23 super colossal onions from the U.S. Northwest were featured at yet another culinary event in Japan, the championship round of the United Tastes of America Asian Chef Challenge.

“For this final round of the competition, the winning chef teams from Japan, China, Hong Kong, Taiwan and Korea met in Tokyo to compete using U.S. ingredients, including our super colossal onions,” reported Theresa Yoshioka, international trade manager with the Oregon Department of Agriculture/Agriculture Development and Marketing. Theresa has been coordinating the use of super colossals in a series of events across Asia, and she tells OnionBusiness.com the super colossals have been met first with surprise at their size and then with the excitement that comes in learning of the onions’ versatility.

“I arranged for the main Japanese importer of onions from Oregon, Idaho and Washington to attend the competition,” Theresa said of the Tokyo challenge. “He sent a photo of onion and pork soup from the chef challenge.”

At each stop, the super colossal onions were a hit. In fact, the head judge for the Japan contest and the other United Tastes of America Chef Challenge events across Northern Asia told Theresa that he “was planning to take a couple onions in his bag when he goes back to Sri Lanka.”

The super colossals had a super-sized audience during a chefs’ demo at the March 8-1 FOODEX in Makuhari Messe, Japan. Approximately 75,000 trade professionals and another 78,000 visitors attended the event, an annual affair billed as the largest food and beverage show in Asian with 3,000 exhibits from 79 nations. 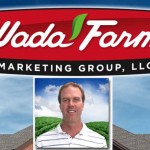