OnionBusiness.com’s Sherise Jones traveled to Connell to capture the event in photos.

“This year’s trial included 47 onion cultivars and lines from seven different seed companies to compare and contrast under local growing conditions,” Sherise said. She noted the field day began with a short overview of the crop, and participants then had an opportunity to examine the entries in the trial.

“WSU and USDA onion researchers were on hand to discuss their research,” she continued. After the trials event, the visitors were treated to a BBQ luncheon that Sherise said was held at a beautiful waterside location at Scooteney Reservoir.

“Tim Waters and his staff always do a great job, and this year is no exception,” Larry told her. “In addition to today’s trials, the Columbia Basin Research Committee will meet and discuss the pursuit of a Washington State quarantine on the Allium Leafminer, which is similar to what California has in place.”

Larry’s son and business partner Kerrick also applauded WSU for its research efforts and this year’s trials. “Some trials you go to you just see perfect onions,” Kerrick said. “Growers are really looking for how well onion seed performs in less than perfect conditions, and WSU does a great job in executing trials that provide real insight for growers.”

Growers from outside the area were also at the event, with Treasure Valley farmer Paul Skeen, president of the Malheur Growers Association, attending with his eldest son, Cameron, who is also an onion grower and partner in Baker & Murakami Produce Co. in Ontario, OR.

Paul commented to Sherise, “We like coming up for the WSU trials. It’s extremely beneficial to meet with other regional growers to get their input on seed and growing practices. We always learn a lot by participating.” 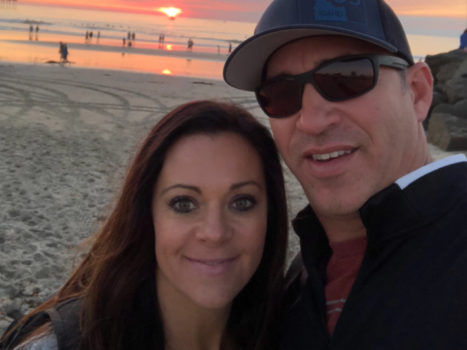