Featured image: Winter wonderland with The Adams’. Cain’s wife, Cheryl Adams, and daughter Lexie in the foreground. Daughter Kennedy is in the background with her little sled. Courtesy of Cain Adams.

Cain Adams with Trinity Logistics/Longboard Logistics in Meridian, ID, had a succinct look at transportation as 2019 closes and 2020 looms, saying, “Fuel. Capacity. And Regulations. It’s puzzle.”

He said, “Transportation has a love-hate relationship with holidays. The love is the increased load count. The hate portion is a trifecta of Russian Mafia rates, Friday afternoon truck fall-outs and white-out snow conditions. Both the love and the hate are just part of the daily grind in transportation.” Cain said that 2019’s Thanksgiving week “was actually manageable,” noting, “We were able to tell some trucks no when asking for $9 East Coast rates out of Washington and Idaho, and it actually felt great on Friday when we locked the doors with 92 on the road and not one fall-out.”

“Moreover,” he continued, “the snow fell, but most roads stayed open. Overall, it was the perfect storm.” And as December goes into its second week, he cautioned, “Get your Christmas tree now because Millennials don’t like to buy fake trees – and there is a tree shortage this year. They will be expensive.”

With December here, “Contract pricing will soon be requested,” Cain said. “We are in full gear looking at what 2020 will bring in relation to fuel costs, capacity and regulations. These areas can make or break contracts and spot market pricing. This is why we are keeping an eye on the OPEC meeting happening this week. There is a real battle to keep a glut market from sinking below $65 a barrel. Saudi Arabia is creating an IPO in the oil business and wants the IPO to excel. We think it will happen and keep fuel up.”

In addition, he said, “Another area we see impacting 2020 capacity is the China tariffs. Reports show the Suez Canal is much busier. This is because companies are ordering goods from Vietnam and Indonesia instead of China. They are also shipping to the East Coast, saving four to five days transit time and over land time as it hits U.S. soil. It’s not a ton of freight, but we will see capacity change on the East Coast.”

And, he said, “More freight on the East Coast means carriers will opt to do local runs rather than run West. Furthermore, the rates on the East Coast should come down a bit because the trucks will want to stay close to home.”

That said, Cain observed, “China is not out of the game though. Due to the holiday and upcoming Chinese New Year, Los Angeles is seeing 30 percent higher freight volume. This should fall off in February, dropping freight pricing out of California.”

He said that it “may be premature to talk about Mexico, but we feel the need to do a bit of research now. Mexico, from what we hear, planted more transplants and will come out early. January to be exact. Weather has been good but can change on a dime. If weather is good in eastern Mexico, we see more cross and a drop in demand out of other onion growing regions. This can then drop the freight rates and load count from those regions.”

Conversely, “If the weather is horrible in eastern Mexico, then it’s game on, and we see our phones light up with calls from customers asking for trucks. Rates for trucks would then be higher because of the increased demand in the onion growing regions.”

On to the matter of regulations, and Cain said those in 2020 “are in favor of the driver.” He said, “Adding more flexibility to their schedule is a win for capacity. It will actually increase capacity. We are watching to see if these regulations will be implemented. Here is a snapshot of those changes. We hope your 2019 was amazing and know 2020 will be even better. Cheers and Merry Christmas.”

Cain noted, “These regulations are not in stone but are per the American Trucking Association.” 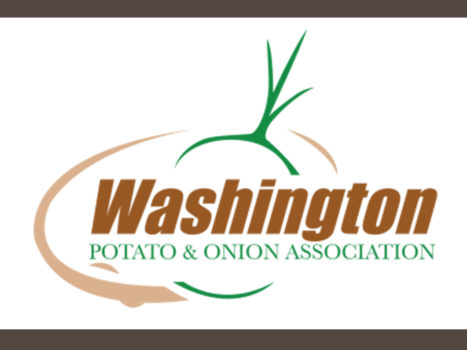