MARKET
Idaho-E. Oregon:
Dan Phillips with Central Produce in Payette, ID, told us on April 8 that Central is finished for the season. “We were done shipping about a week ago,” Dan said. “Now we are doing maintenance and getting ready for our next season. One of our owners is about done planting and another grower owner is a little further behind just based on their field location. We are looking forward to getting over to the other side of the virus and getting back to normal or whatever is the new normal.”

Jason Pearson with Eagle Eye Produce reported from his Nyssa, OR, sales office on April 8. “Demand is picking back up,” he said. “The East has started pulling again, so we are happy about that. The retail pipeline is pretty clogged up, so the demand we are seeing is foodservice. The advantage we have is that we can load potatoes and onions on the same truck, so buyers don’t have to take a full load. Demand is good for both yellows and reds.” Jason said Eagle Eye has implemented new safety measures in response to the virus. “My salespeople are working from home, and I am still coming into the office,” he said. “In the shed, we have added additional safety measures using masks, gloves and social distancing. It’s working well, and we want customers to be reassured they are purchasing a food-safe product from Eagle Eye.”

Ashley Robertson with Fort Boise Produce in Parma, ID, said on April 8 that operation is still packing. “We have plenty of onions,” Ashley said, adding that demand had been slower.

Rick Greener reported from his Ketchum, ID, office on April 8. “This area is leading the nation in per capita Coronavirus cases, but we’re all well at the Greener household,” he said. “Seems like buyers pulled the emergency brake last Wednesday, and sales have been off since then. There is still some retail stuff moving, but not much. We’re hearing that wholesalers and distributors in Cali are going direct to consumers moving their stuff, so that’s pretty innovative. We are still moving onions out of Idaho, Oregon, Washington and Texas. We are looking forward to Vidalia starting up and California the first week in May. But I do think things might start picking back up here in a week or two, so storage guys with cold storage could be in a good position to move onions.” On the market, Rick said it’s all over the board. “We are really in unforeseen waters, so it’s difficult to gauge how the market will respond moving forward. We are just telling our customers to bring us offers and we’ll do our best to work with them.” Rick noted that transportation is really easy right now. “We get calls daily for trucks looking for loads, so we don’t have any problem getting freight,” he said. “The key right now is for everyone to stay safe and healthy and remember we will get through this thing.” Late on Wednesday evening (last night), Rick sent us a short video of he and his sons (and neighbors) “Howling for Healthcare”, an effort taken up by Wood River Valley, Idaho residents to show their appreciation for the healthcare workers on the frontlines of one of the hardest-hit areas per capita in the nation for Coronavirus cases. Take a listen and read more at https://www.boisestatepublicradio.org/post/wood-river-valley-howls-appreciation-covid-19-frontline-workers#stream/0 Good on ya, Rick! Stay safe and keep on howlin’!

Texas Rio Grande Valley:
Don Ed Holmes with The Onion House in Weslaco said on April 8 his operation will be done with the Texas deal in the next week to 10 days. In the meantime, he said, “We still have onions, and the quality is good.”

Northern Colorado:
Ryan Fagerberg with Fagerberg Produce/Fagerberg Farms in Eaton told us on April that retail movement had been five times greater than normal with the shutdown of foodservice operations. “The big push lasted two weeks for us,” Ryan said. “However, I’m looking forward to things returning to normal – as is everyone else.  I’m certainly thankful to still be able to go to work every day through all of this.” He said he had nearly finished planting the 2020 crop, “which is on schedule, and we will have roughly the same acreage and breakdown as last year – 70 percent yellows, 15 percent whites, 15 percent reds.”

CROP
Vidalia:
Danny Ray with Ray Farms, Inc. in Glennville, GA, told us last week that everyone his way is doing well. With the start date just few days away, Danny said, “Right now the crop looks good and we have had perfect weather for good drying.” Danny also sent us some beautiful photos of the Ray Farms 2020 crop.

Idaho-E. Oregon:
Grant Kitamura with Baker & Murakami Produce Co. in Ontario, OR, commented that his growers are nearly 90 percent in the ground. “The early onions look great,” he said. “They are in flag stage now, and the stands look good.” Grant continued, “We’ve had good weather, and water is in the ditches, so irrigation will start soon.”

Imperial Valley, CA:
Robert Bell with Western Onion in Camarillo told us the Brawley area is getting ready for harvest in the next couple of weeks. He was in the Imperial Valley recently with Steve Gill of Gills Onions and Fred Mamer of Rio Farms to help plan “how to switch directions from all processed onions to probably a third of the crop being packed for the fresh market due the industry’s loss of foodservice orders,” Robert said. He added, “The crop is on time and excellent. Rio Farms will start slow late this week and through the weekend to get the shed up and running, then go full speed Monday. We will start packing their whites next week with yellows to follow. Our regular harvest will start there in May.” Robert continued, “Most other growers there will start in a week or two.”

Mike Smythe with Joe Heger Farms reported in on April 8, saying, “We start packing organic onions April 16. We will start with yellows and reds, then flat sweets a couple of days later.” Mike added, “We will start conventional onions the week of April 20 in a limited amount, with the goal to start volume the week of April 27. We are trying to push back the start date, and every day counts. We had rain yesterday and cool temperature this week, which helps.” And, he said, “We hope everyone stays safe during this time.”

Walla Walla:
Michael Locati with Locati Farms and Pacific Agra Farms in Walla Walla told us on April 8 the last of the transplants were going in on April 9, finishing up planting for the 2020 crop. “Things are looking good,” he said. “We got our direct-seeded spring seeding done a little early, and we’re 100 percent in when the transplants are done.” Michael said the Walla Walla Sweets program remains largely the same, with the Rosé Walla Walla Sweet acreage bumped up some. The season is to start normally in mid-June, he said. “We’ve had some cooler days and cold nights, but it’s supposed to start warming up.” Michael said most of the crop goes to retail, and he added, “I hope consumers continue to shop and stores continue to provide the product. I really feel for the guys in the foodservice industry and their suppliers.”

We are happy to bring you a great photo of the Walla Walla crop courtesy of Michael Locati. 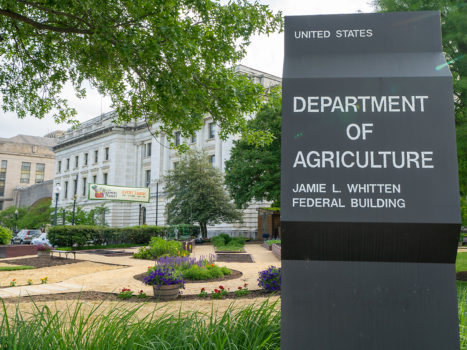