MARKET
Peru/Washington/Mexico/Texas:
Dan Borer with Keystone Fruit Marketing in Walla Walla, WA, told us on March 24 that the Keystone Peru sweet onion program is wrapping up. “Our Peru program is coming to a close, and all Peru sweet onion imports should be finished by the first or second week in April,” he said.  “We are currently packing sweet onions out of Mexico and Texas, and the quality coming out of Mexico is very good. Pricing is good but we don’t expect it to achieve the same levels as last year” Dan continued, “The Keystone Texas crop came through the freeze better than expected. However, the size profile might be smaller, and the season will most likely be shorter than normal. We also think that while we expect good pricing, it probably won’t be at the same levels as last year.” He said Keystone’s demand for their Northwest hybrids has been good. “Demand has steadily picked up,” Dan said. “Foodservice is continuing to open up, and the momentum there is building. Processors are taking more of their commitments, and things are looking much brighter.” He said, “We expect that supplies are going to tighten into May, and with that, we may see the market reach above-average levels. As far as our supplies go, we have been very pleased with the quality. The onions are in above-average condition.”

Idaho-E. Oregon:
Chris Woo with Owyhee Produce in Nyssa, OR, and Parma, ID, said on March 23, “Demand for conventional yellows and reds is moderate at best, with supplies remaining in storage adequate and in fine shape.  Pricing is steady. Truck availability and pricing still stink.” Chris noted, “White onions for the area finishing up for the season.”

Herb Haun with Haun Packing in Weiser, ID, said his operation has wrapped up 2020-21, with just a couple loads left to ship. “We’re done, and it’s been quite a year,” Herb said on March 24. He noted that demand the past week had been flat, due largely to oversupply. “We’ve gotten too good at it,” he said of the onion industry. But he noted that “at least the rest of ag looks good going into 2021, which might take the pressure off onions.”

Steve Baker with Baker & Murakami Produce in Ontario, OR, said on March 24 that demand is “fair but not at the pace we were at the previous two weeks.” Steve added, “Jumbo sizes are in more demand than the other sizes this week.” He continued, “The market does have some pressure on it from the increased supply coming in from Mexico. From what I can gather, Mexico will have good supplies for another two weeks.  After that things could get very interesting.” Steve said, “I was told that approximately 20 percent of the Texas crop wasn’t harvested and went directly to insurance. It was also mentioned that by around April 5 Texas will be 50 percent through their crop. One Texas shipper told me he will not take any ad lid pricing after April 5.” About the Treasure Valley, Steve said, “Historically this time of year out of Idaho/Oregon we start to see some of the smaller sheds finish up. The market usually stabilizes and can move up.  We need to show some patience over the next two weeks and ride out this short-term pressure.” He added that quality of the storage crop has been “outstanding,” and he said, “The remaining crop looks great in storage.” Transportation “continues to be a challenge week after week.  Freight rates are still higher than we have seen for this time of year.”

Dwayne Fisher with Champion Produce Sales in Parma, ID, said on March 24, “I guess I shouldn’t be surprised when I hear people are trying to force -feed a market that has been over-supplied for a couple of weeks, but I am!” He continued, “It is the week of the twos; we have shipped a bunch of product the last couple weeks, and this week buyers are a little slower. Our customers have inventory and will buy again when they need product; a blue light special isn’t going to increase demand.” On transportation, Dwayne said, “Trucks are very tight and expensive, and as I have said before, I don’t think that is going to change.” He went on to say, “Mexico onions will be winding down before we know it.  As a wise Mexico grower told me, after April 10 it is really hot in Tampico, and they need to be done before then.  April 10is coming quick.  Northwest shippers are starting to close up shops, and by April 10 the number of shippers left up here should change dramatically. We get past the next couple weeks, and it looks like we are off to a very strong finish for our season.” As for this week, Dwayne said, “We will work part days and do some other things.  We have gotten a cold snap and rain, and so planting has been postponed, but looks like we should be back at it next week with full force.  We look to be finished up the first or second week of April, depending on the forecast.” All in all, he said, “Everything so far is right on time.”

South Texas:
David DeBerry with Southwest Onion Growers in Mission is shipping out of the Rio Grande Valley and told us on March 24 that his RGV crop “looks like what we expected.” He continued, “The areas in Texas that were hardest hit by the freeze are running about 50 percent yields, but we do expect it to get better, and by mid-April we expect to be back to normal.” He said Southwest is running all three colors by.

Mexico:
Don Ed Holmes with The Onion House in Weslaco, TX, said on March 24 he was “right in the middle” of the Tampico deal, and he added, “It should be easing up a little next week ahead of Easter. But we are about on the back side of it. Quality is excellent, and we should have onions out of Mexico for the next two to two and a half weeks.”

CROP
South Texas:
Don Ed Holmes with The Onion House in Weslaco said on March 24 he was irrigating some of his early fields in the Rio Grande Valley and expects to start shipping April 10. “Then we’ll run probably until May 15,” he said.

David DeBerry with Southwest Onion Growers in Mission said reports on the Eagle Pass crop are that the crop is on time for a May 5-10 harvest.

Vidalia:
Dan Borer with Keystone Fruit Marketing in Walla Walla, WA, told us on March 24 that there will be some Georgia sweets packing prior to the official Vidalia sweet onion startup on April 19. “We expect that there will be some Georgia sweets packed in April prior to the Vidalia official season, but growers are still assessing the crop there,” he said. “You have to understand that they are really still about four weeks from making their crop, and it’s hard to say exactly what’s going to happen until we get a little bit closer.”

Idaho-E. Oregon:
Chris Woo with Owyhee Produce in Nyssa, OR, and Parma, ID, told us on March 23 that his company’s crop was about 50 percent in, with planting in both gravity and drip fields. Blake Branen with Owyhee Produce also weighed in, saying, “Owyhee is planning to expand its Wicked Sweet Red Tearless Onion offerings with a few more acres than last season with the hope of offering more availability for retailers for our 2021 season.” Blake added, “We have had a nice reception from our retailers, and they are excited for the expansion. One other area we have seen increased demand is our organic onions. Owyhee is planning to offer all three colors in its lineup for 2021, with yellow, red and white and sweet yellows.”

Herb Haun with Haun Packing in Weiser, ID, said on March 24 that his end of the Treasure Valley was about 20 percent planted, and it could be mid-April when all’s in the ground. He said the water supply looks to be adequate, noting that February had been the second-best in history for snowfall. “But we needed it,” he said. “I’m hearing that a lot of snow soaked into the ground instead of going to runoff.” 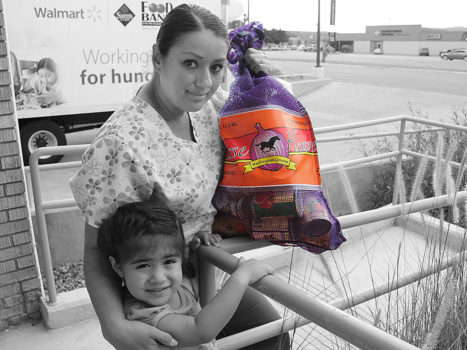