In their ongoing series of “informational discussions on U.S. trade laws regarding unfair imports of seasonal and perishable products,” the U.S. Department of Commerce and International Trade Commission recently reached out to contacts that include producers, commissions, associations, and others in Oregon and Washing about a presentation in early April.

According to a spokesperson with the ITC, the two agencies are gauging interest of Northwest stakeholders about an hour-long Microsoft Teams presentation tentatively set for the week of April 5.

Zach said interested parties will be sent a calendar invite and a call-in number, and if there are any advance questions about the session, he is available to answer.

He told OnionBusiness that prior to the United States/Mexico/Canada Agreement, growers in the Southeast had been provided protection from unfair imports, or dumping, through a provision that was added to the North American Free Trade Agreement. That specific provision reportedly did not carry over, although it could be argued some parts of the USMCA can be interpreted as coverage against dumping.

A more detailed background on U.S. trade laws and how those laws are applied in practice can be found at https://www.trade.gov/ec-petition-counseling. Additionally, a fact sheet that line-items achievements for agriculture in the USMCA can be read at https://ustr.gov/trade-agreements/free-trade-agreements/united-states-mexico-canada-agreement/fact-sheets/strengthening. Other possibly applicable links include https://usmca.com/agriculture-usmca/ and https://usmca.com/exceptions-and-general-provisions-usmca-chapter-32/.
The latter link provides access to Article 32.4:  Temporary Safeguards Measures, which states, “For the purposes of this Article: foreign direct investment means a type of investment by an investor of a Party in the territory of another Party, through which the investor exercises ownership or control over, or a significant degree of influence on the management of, an enterprise or other direct investment, and tends to be undertaken in order to establish a lasting relationship; for example, ownership of at least 10 percent of the voting power of an enterprise over a period of at least 12 months generally would be considered a foreign direct investment. article 32.4, provision 17.4:
17.4 (Most-Favored-Nation Treatment);5
(b)       be consistent with the Articles of Agreement of the IMF.
(c)       avoid unnecessary damage to the commercial, economic, and financial interests of another Party;” 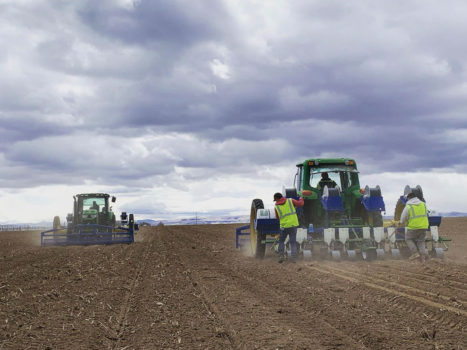