MARKET
Washington/California/Vidalia and New Mexico
Dan Borer with Keystone Fruit Marketing reported from his office in Walla Walla, WA, this week. “I have got to say that Keystone is very happy with where we are with our onion program right now,” Dan said. “For us, business has been very good. Retail is our wheelhouse, and overall we have no complaints at all. Pricing is decent and demand is good.” He continued, “Also, there is a good supply of onions, but not an oversupply. And just look at the numbers. Onion shipments have been sitting around 2,900 loads per week for the last month, and normally the average is around 2,200 to 2,400.” Dan said that the Northwest will finish up soon. “We will finish up our Northwest shipment at the end of this month,” Dan said. “One thing I will have to say that we have been pleasantly surprised that the quality held up straight through.” And Dan continued, “As far as Washington goes, Walla Walla Sweets will most likely start up within the normal timeframe, and the crop there looks very good.” He added information about the other areas Keystone is shipping from. “We have been shipping Vidalias, and as everyone knows, it’s been somewhat of a struggle for some growers so that area may end up finishing a little early for us.” Dan said, “We are shipping out of Southern California, but we are moving to Central California. They have had some heat in Southern California, which accounts for some of the reason for the move.” He said, “We are beginning shipments out of New Mexico, and quality looks good.” Keystone is still social distancing, he said, and some team members continue to work at home. “We are all doing well here,” he said. “As I mentioned last time, we have done business via email more than ever, and I am still manning the officer solo. But all in all, we can’t complain. People are still eating onions, and we’re still supplying them. It’s all good.”

California/New Mexico:
Chris Woo with Owyhee Produce in Parma, ID, and weighed in on multiple regions this week, telling us on May 27, “We currently source for our fine customer base out of the California desert, New Mexico and Vidalia.” He added, “The California desert has about one week left to go for packing and shipping. New Mexico has started up, and sheds in Central California are cranking up. When we get out of the California desert, we move up north to Los Baños, the California city of springs. We will pack and ship our own onions from our own shed there for the next two months, and then we come back for our Idaho start-up.” Chris went on to say, “Transition from these areas seems smooth and fluid.  Daily onion shipments are on par with decent pricing and demand, and retail and USDA food boxes pull are keeping things moving along.” He concluded with solid optimism: “And with the country reopening slowly but surely, foodservice distribution is picking up as well.  We are hopeful this trending continues for us all.”

Texas Wintergarden:
David DeBerry with Southwest Onion Growers in Mission told us on May 27 he’ll be shipping another couple of weeks out of Eagle Pass. “We dodged most of the hard rain the region got,” he said. There were some rain delays in harvest, but he said, “We didn’t miss a day of packing.” David said he’s encouraged by increased activity, noting, “I think the health experts had good intentions” in initiating the quarantine. “But most people now are ready to protect the most vulnerable, use common sense and go back to work.”

Vidalia:
Danny Ray with Ray Farms, Inc. in Glennville reported on May 27, “We are all safe and sound here. Everyone is healthy, and we’re movin’ onions. I know some growers have had trouble this year, and boy, I know for the last several years we had some trouble too. But the crop turned out nice for us, and so far, so good.” He continued, “I tell everyone that I owe it all to the Lord. I have done my share of praying, and when you think He isn’t answering, it is always right there. While we could go to the second week of August, we should be able to go until the end of July, if all goes right. We just so thankful that a good year has come along, and all the credit goes the Him!”

CROP
Walla Walla:
Mike Locati with Locati Farms and Pacific Agra Farms in Walla Walla told us on May 27 this year’s crop is doing well. “We had rains, and now it’s warm again,” he said. “The onions are bulbing, and things look good. We’re still looking at a mid-June start, and we’ll have good volume as we go along – should have great volume for the Fourth of July.” The Walla Walla Sweets program for yellows steady, he said, adding there’s been a bump in acreage on the Rosé Walla Walla Sweets. “We’ll have double the production of Rosés over last year, but we’re still limited in volume,” he said. He noted the Rosés should see good volume around Independence Day as well, and the season will be extended a bit with the transplants this year.

Idaho-E. Oregon:
Herb Haun with Haun Packing in Weiser, ID, told us on May 26 the Treasure Valley crop is “coming along really well.” Herb said, “Water won’t be an issue this year. We’re not at 100 percent of normal, but we have plenty.” And he said most of the growers are sticking with their traditional programs. “Acreage could be down a little from last year,” he said, but he added that there’s solid optimism in the Treasure Valley for the coming season.

Chris Woo with Owyhee Produce in Nyssa, OR, and Parma, ID, provided us with some trademark levity on May 27 when we asked for a crop update. “I’m busy watching the onions and weeds grow on my daily ventures out to the fine golf courses in the Treasure Valley,” he said.

Colorado Western Slope:
Don Ed Holmes with The Onion House in Weslaco, TX, said his Colorado and Utah growers are watching the crops come along “steady as she goes.” Colorado will kick off around Labor Day, and Utah starts its season later in the fall.

David DeBerry with Southwest Onion Growers in Mission, TX, reported from his southern coastal command station on May 27 to say his growers on the Western Slope are reporting good progress with the crop. “The onions are growing and on track” for a Labor Day start to the season,” he said

Northwestern distributors donate onions and spuds to help others 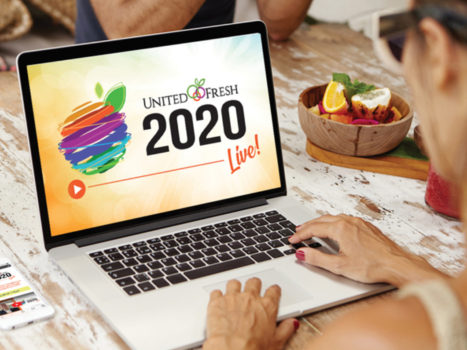