MARKET
Washington/Idaho:
John Vlahandreas with Wada Farms reported from his Salem, OR, office on Nov. 14, telling us, “Everything is pretty much status quo here.” He said, “Not a lot of change and not a real Thanksgiving push either. Sure, medium yellows are in hot demand worldwide, but for every medium load you are selling at good pricing, you are selling four loads of jumbos at bad pricing, so it just doesn’t pencil out when you calculate how well you’re doing. The lack of a true Thanksgiving push has been this way for years now. The family dynamic is changing, and the way people celebrate holidays is changing too. For a lot of people, gone is the Rockwell Thanksgiving. Pre-made meals and fewer family members gathering for the holidays seem to be becoming the norm anymore. Still, we are moving right along… again just like most weeks.”

Idaho-Eastern Oregon:
Dwayne Fisher with Champion Produce Sales in Parma, ID, told us on Nov. 14, “Demand has been brisk this week, and from the looks of daily shipments customers are stocking up. Our quality remains superior. Not much else has changed from my previous comments, and I think maybe that is the lesson we can all learn from this consistency: If we don’t do something to make things change, then we will get the same results. For this year that is resulting in a lackluster market. Hopefully, we are all evaluating our needs moving forward, including acres for next year, and developing better marketing approaches and practices. Without any question one message is clear, and that is we don’t need foreign onions coming in and taking away profitable returns from our U.S. growers. We are grateful for our agricultural roots and this amazing industry we are a part of. We wish everyone a wonderful Thanksgiving – enjoy your families and look forward to positive changes we can create moving forward! Hope to see lots of you in Hawaii!”

Chris Woo with Owyhee Produce in Nyssa, OR, told us Nov. 14 the weather in the Treasure Valley has been “cold and dry for a couple of weeks, so the farmers will get their fall work done.” But, he added, “We need moisture now.” Looking at market conditions, Chris said demand has been good because of Thanksgiving trade, and he said, “I’ve talked to other shippers, and everyone is busy. But the price is still cheap.” Demand is good for all colors, he said, and Owyhee is “moving what we have orders for.” Transportation is “pretty tight and expensive,” he said.

Colorado Western Slope/Utah:
Don Ed Holmes with The Onion House in Weslaco, TX, told us Nov. 14 both Western Colorado and Utah are seeing “phenomenal demand” for their onions. “The truck deal is starting to tighten up a little this week, but overall the market feels a shade better,” Don Ed said. He said that with Thanksgiving demand “we might see this pushed a little bit,” and he added, “It’s a give and take deal now, but the bottom line is that business is good.”

Northern Colorado:
Bob Sakata with Sakata Farms in Brighton said movement is “what I would call steady,” and he said Sakata Farms is moving all sizes and colors. Demand is highest for mediums.

Broker’s Perspective:
Jason Vee with Vee’s Marketing in Superior, WI, gave us his take on the market this week. I have a pretty good bump on retail business for this holiday rush. My foodservice side is either the same or less. Markets are stable for all colors.” And he said the coming days will see some changes. “Expect next week to be difficult entirely because of run time. It happens every year during Thanksgiving and again at Christmas and New Year’s. Order volume (demand) will have picked up slightly over the last 10 days but will be back to normal post-holiday.” Jason continued, “However, the limited run time at the onion sheds creates a supply shortage in normal demand conditions. And if that turns into market increases, I have seen it irritate customers. They get irritated because it’s not a true supply shortage. It’s artificial. We still have onions to last until June in some places.” Looking at transportation, he said, “We have surprisingly kept up with trucking this week. I’m overpaying on the short-notice stuff, but that’s to be expected. Even before the current trucking shortage, trucking has been difficult around the Thanksgiving holiday.” The reason, he said, is that “Minnesota and Wisconsin deer rifle season takes a significant chunk out of my driver attendance. It sounds silly if you aren’t from here, but rifle opener can be a bigger holiday than Thanksgiving where I live.”

CROP
Imperial Valley:
John Vlahandreas with Wada Farms reported from his Salem, OR, office that all growers in the Imperial Valley are planted. “Everything is in the ground,” he said. “There are definitely fewer acres planted this year, at least a few hundred acres that I know of. This is a good thing too. This season, we should have a very manageable crop.”

Texas Rio Grande Valley:
Mike Davis with Tex-Mex Sales LLC in Weslaco told us on Nov.14 that Tex-Mex will be done with its Texas planting “today,” adding, “We had some weather issues in September and lost some early onions, but we were able to get back in and replant. So really this is a normal slot time for Texas. It’s not unusual to plant from mid-October to mid-November. Texas as a whole may be slightly down on acreage and may not have a whole lot of early stuff, but we fully anticipate a normal crop with a normal start time. So we feel like we in a good place right now.”

Don Ed Holmes with The Onion House in Weslaco told us Nov. 14 his crews were finished planting in the Rio Grande Valley, and a normal start is expected.

Mexico
Mike Davis with Tex-Mex Sales LLC in Weslaco, TX, said on Nov. 14 he foresees Mexico to starting to ship around the first part of February. “Mexico had some weather issues early on,” Mike said. “But you have to remember a lot of the Mexico plantings are transplants. Plus, if Mexico loses some onions due to weather, they have the labor to go back in and fill the spots that were lost. That said, Mexico might be a little down on acreage, but they should be able to start up around the first of February with yellows, maybe a few early onions could trickle in before that. Reds and whites to follow later in February. With the acreages they have, it’s speculated that a finish date somewhere around the end of March is likely, which is different than last year when they had more onions.”

Don Ed Holmes with The Onion House in Weslaco, TX, told us his growers have finished planting in the Tampico region of Mexico. When asked about hurricane damage to any onions in Mexico and any possible effect on demand for Tampico product, he said, “The hurricane came in close to Mazatlán, and there are some onions in that area, but they’re generally for Mexico consumption. Really the Mexico area that affects the U.S. is Tampico, and Tampico had no hurricane. So Mexico didn’t really lose anything that I know of.” He said while Guaymas may have gotten some weather, he did not believe there was any real damage. 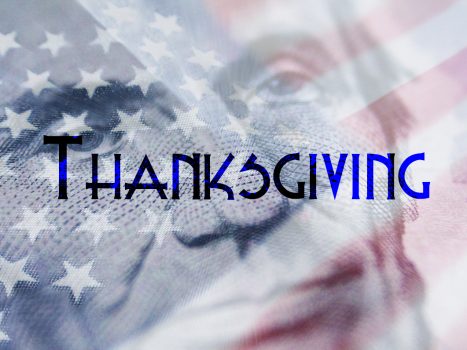 From Our Hearts to Yours, Happy Thanksgiving!