Market and Crop Update for November 30

MARKET
Oregon:
Stefan Matheny with River Point Farms in Hermiston reported on Nov. 29 market and demand are normal for this time of year. “We started out a little slow this week,” he said. “But all in all demand is pretty even for all colors and sizes, and pricing has been steady. We are seeing a little more demand for the larger sizes, and movement on mediums has been good.” Stefan told us demand for sweets and organics is similar to last season. “In addition to our conventional onions, we are shipping sweets and organics. We expect to be shipping sweets into February, and the organics will ship until mid-March.” With demand good and pricing steady, Stefan said the only negative in the industry is transportation. “Everyone is really having a tough time with transportation right now,” he said. “Christmas trees started early, so it’s hard to get trucks, and the rates are increasing too. It’s really a bad situation for everyone.”

Washington/Oregon and Peruvian Sweets:
Dan Borer with Keystone Fruit Marketing reported from his Walla Walla, WA, office on sales for Northwest and Peruvian sweets and hybrids out of Washington/Oregon. “We are deep into our sweet and hybrid marketing program for the holidays,” Dan said. “And this is a very important time of year for us. We have to make hay while the sun shines.” He said business has been “brisk,” adding, “The sizing is somewhat smaller, but quality has been very good and we haven’t had any issues.” Dan said holiday demand thus far has been standard. “For the last couple of months demand has been a below average, but we have seen some pretty good spikes lately, and what we are seeing on advance orders looks extremely good. We’ll have to see how it all shakes out through the end of the year.” He went on to say that transportation issues seem normal for this time of year. “There has been an effect as a result of the new electronic logging regulations,” he said, “The industry is responding to the new regulations, but it’s too early to tell how it will impact us. Even without the new regs, it’s normal at this time of year for freight to tighten and rates to go up. And what’s happening now is that some customers are trying to put the freight back on the shippers, which isn’t abnormal either.”

Idaho-Eastern Oregon:
Dwayne Fisher at Champion Produce Sales in Parma, ID, extended well wishes during the holiday season. “We hope everyone had a wonderful Thanksgiving, and we appreciate our customers allowing us to take three straight days off from shipping to allow our great employees to be with their families,” he said. Dwayne added, “This week we are back to a very steady market and continue to be extremely optimistic about the upside that remains to be realized for our growers/farms/customers as the season continues. Our inventories remain tight, and we are running our allotted bins per week to ensure we can supply our customers to their needed endpoint. This has been our unaltered game plan since harvest.” He continued, “Transportation remains brutal, and freight rates are at record prices. We are hopeful that with higher returns to the trucks that these companies will be able to afford to increase driver wages, which should encourage more employees to come to their industry. This is the only way we are going to get an increased volume of trucks back on the road. It takes profits to keep industries healthy, and we need the transportation industry to be healthy and growing. On the rail side, UP doesn’t seem interested in our business as we have yet to receive even one car for the season. Believe me, that is not from a lack of requests on our end. We have reached out to contacts among our elected officials with hope that they will go to battle for our industry and our customers.” Dwayne concluded, “All things being said, everyone on our end, including our staff, growers/farms, and customers, are optimistic about a strengthening market as we move forward. Continuing strength in the market yields positive returns for all involved. What we find in our organization is that it is not just our farms/growers who are looking for a stronger market. Our customers are great cheerleaders as well. We are very thankful for all our partnerships that we have developed, and we encourage everyone to remember to ‘Think Thanks’ as we prepared for a very Merry Christmas!”

Herb Haun with Haun Packing in Weiser, ID, told us on Nov. 29 that demand has been good this week. “Well, demand is really good if you can find a truck,” he said. “I would say that all sizes and colors are moving well, but it seems that jumbo whites are really hot right now.” Herb said pricing is holding well, and quality is excellent. “The onions look very nice. They have good skin and great color,” he said. When asked about what market will look like into the holidays, Herb said. “I really couldn’t forecast it, but I will be interested to see what is reported at the NOA meeting.”

Western Colorado/Utah:
David DeBerry with Southwest Onions in Mission, TX, said his Colorado deal on the Western Slope continues to ship yellows, whites and reds and will go through the end of January. “It’s steady as she goes,” he said on Nov. 29. Sizing remains heavy to jumbos, “with more colossals than mediums.” And he said movement is good in spite of the truck shortage.

Don Ed Holmes with The Onion House in Weslaco, TX, said it’s been a good week. “The phones have been ringing off the hook,” he said. “Trucks are tight but getting back into position, and the truck situation will sort itself out as the week goes on.” He said he watches the week following Thanksgiving closely, noting that continued good movement after the holiday often points to a good Christmas. “We’re starting to see the back of the barn in both Colorado and Utah, but we have several weeks remaining. The market is steady, although the medium deal is maybe a little nervous. But it should pick back up for Christmas. Jumbos are outstanding, and they will hold that medium deal up,” he said. He said whites have cleaned up in both Colorado and Utah.

CROP
Washington:
Dan Borer with Keystone Fruit Marketing in Walla Walla, WA, reported that Keystone’s overwintering in Walla Walla is in the ground and doing well. “We have had very good growing conditions and ample time to get a nice start,” Dan said. “Now, they are ready to go to sleep.”

Texas:
David DeBerry with Southwest Onions in Mission said the Texas crop is planted in the Rio Grande Valley and Winter Garden areas, and he said the onions are “maybe a week or two earlier than this time last year.” But, he added, “We still have a lot of weather to go through before harvest.”

Vidalia:
Dan Borer with Keystone Fruit Marketing in Walla Walla, WA, said the company’s Vidalia program will be similar to last season. “We have approximately the same acres, and we haven’t made any drastic changes,” he said. “Right now, we are focusing on seeing customers and seeing what their needs are so we will be ready at harvest.”

Mexico:
David DeBerry with Southwest Onions in Mission, TX, said the Tampico crop is “earlier than normal, but after [the earlies] it is really spread out.” He said, “We have everything from two leaves to bulbing, and we’re looking at mid- to late January to early April.”

The onion stars came out at Santa Fe 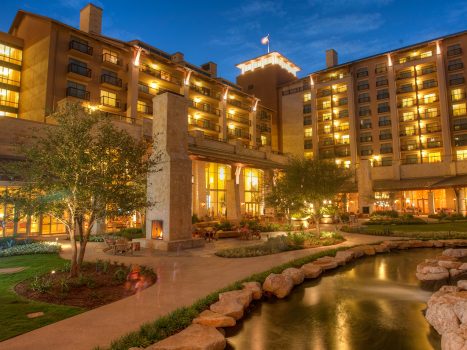