It might seem like April is a long way off, but in fact it’s right around the corner as far as the Viva Fresh Expo is concerned.

Hosted by the Texas International Produce Association (TIPA), Viva Fresh will once again be held at the JW Marriott Hill Country Resort and Spa in San Antonio. Dates are April 5-7, 2018, and the four-year-old expo is expected to cater to “sold out crowds and attract buyers from major regional and national retailers.”

A release announcing the event told us that the “success of this regional event is due largely to the growing importance of Texas, Mexico, and the Rio Grande Valley that connects the two as a fast-growing produce production and transit epicenter. In 2016, TIPA established a Retail & Foodservice Advisory Board made up of 14 retail and foodservice contacts, to assist in guiding the direction of the Viva Fresh Expo.

“We’ve seen increased attendance from retail and foodservice buyers from companies including H-E-B, Walmart and US Foods, and 100 percent of our surveyed retailers say the expo meets their business needs,” said Dante Galeazzi, president/CEO of TIPA.

The majority of exhibitors will be from Texas, Mexico, and the Southwest United States, he said.

With the announcement, TIPA officially opened the 2018 expo for registration. Exhibitors are encouraged to register soon as the show has sold out each year with a long waiting list. For more information on the show and details on registration, visit http://vivafreshexpo.com.

Market and Crop Update for November 30 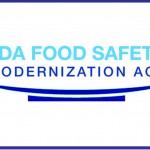