Maureen Torrey with Torrey Farms in Elba, NY, told OnionBusiness.com that Torrey Farms is shipping early transplants right now. Harvest is light with yellows and reds, and Maureen said she anticipates the operation will be shipping heavier in the next two weeks with storage varieties. Maureen also commented that the onions have very good quality and a good range of sizes. She noted that some fields need a little more growth in the next couple of weeks, but overall the crop is looking very good.

Luke Smith at National Onion in Pleasant Grove told us the company has finished its Mexican and will be transitioning to the Northwest to maintain customer supplies. He said National Onion Inc.  is shipping out of Utah, with steady pricing and quality he described as “very, very good.” As the fall progresses and going into the winter months, the company will source from all Northwestern areas, he said.

Nick Beahm of Eagle Eye Produce reported his company is shipping onions out of Nyssa, OR, at Fiesta Farms. He said that this week demand is sluggish and the market has been dipping, which is odd for this early in the season. Nick also said Eagle Eye is very excited about this year’s IEO crop, telling us, “This season the crop coming out of Fiesta Farms is absolutely amazing. They have had superior growing conditions, and we’re shipping all sizes and colors, with profiles leaning heavy on the larger sizes.”

Ryan Stewart at Fort Boise Produce in Parma, ID, said Fort Boise is shipping all colors by truck. “We haven’t started rail yet but will within a couple of weeks,” he said on Aug. 24. “All the onions now are fresh market, and movement is good. Prices aren’t great, but the week has been pretty active so far.”

At Snake River Produce in Nyssa, OR, Tiffany Cruickshank said the crop looks nice, with good size and quality. “Harvest will probably wrap up on schedule in October,” Tiffany said, adding that receivers “are very happy, and movement is steady.”

Chris Woo at Murakami Produce in Ontario, OR, told us the market is unsettled right now. He commented, “Nationwide, the onion market is not very perky,” and Chris said he suspects this is due to many people across the country spending money and time on school clothes and participating in end of summer events. He also said Murakami expects clear sailing at the first part of the month. With New Mexico and California out of the deal, demand and the market should be on the rise, he told us. “We also see demand rise as colder weather comes on. More people are consuming onions for a multitude of cold weather meals,” he said. Murakami will move from early onion varieties to the storage crop in September, which will also help the market upswing. Currently demand is very good for medium onions and so-so for larger sizes, and Chris said that as far as the IEO area, about half of the shippers are in production, with more to come on in the next week. He told us the market may also see an uptick if exports start increasing, in part due to the Japanese crop issues with rain and the recent typhoons.

John Harris at Paradigm Fresh in Fort Collins and Denver, CO, said the third week of August brought mixed quality and size availability. New Mexico had cleaned up, and John the deal is “completely into Washington, Idaho-Eastern Oregon, Colorado, Michigan and New York onions at this time.” He said Washington quality he’d seen was “exceptional,” and he also expected quality out of IEO to continue improving going into September. “Size profile seems to be big across the board, with mediums being a little tough to come by at the moment.” 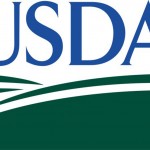