Oregon:
Stefen Matheny with River Point Farms in Hermiston reported demand has been steady for the last two weeks, saying it has been “fairly even across the board for all colors and sizes.” He further noted the market has been stable with some slight increases, and he said he sees opportunity for some upward movement in the future. “Quality is looking very nice with our long-term storage varieties,” Stefen said. He added that exports are currently very light, and regarding transportation, he said, “Transportation has been a little tight, but we are getting the trucks we need.” River Point Farms has all colors and sizes available including organic yellows.

Idaho-Eastern Oregon:
Herb Haun reported that Haun Packing in Weiser, ID, has been very busy this week, and demand is good. He said demand for whites has been exceptionally good, along with medium and jumbo yellows. Herb also reported the market is strengthening, and he said, “We definitely expect to be busy the first three weeks of January.” He said transportation has been little tight this week, noting the winter weather has slowed trucks up by a day or two. So far, however, the weather “hasn’t created a huge issue,” Herb said.

Dwayne Fisher at Champion Produce Sales in Parma, ID, told us
the market has been higher for the last two weeks. “We still have a ways to go to get the growers a return, but it appears that the market is trending upward,” Dwayne said on Dec. 21. “We, as an area, should have never let the market get that low. It was a marketing error on the part of the IEO region, and we have been at a zero return for far too long. The good news is that the market is starting to rebound, and we expect prices to get even higher at the first of the year – particularly because of the amount of shrink we are looking at and higher volumes of very large onions.” Dwayne said that Champion has slowed production a bit to get the desired quality, but the onions going in the bag are very good. He noted an increase in demand for whites. Dwayne said transportation has been tight, but Champion has been able to find all the trucks they need. Though weather has created some delays, it hasn’t created an issue for them.

Northern Colorado:
Ryan Fagerberg at Fagerberg Produce/Fagerberg Farms in Eaton told us on Dec. 21, “Movement has been good as consumers are getting ready for Christmas. We continue to pull all colors out of storage and are projecting to have onions into March. I am expecting the usual restock rush next week and then to slow down after mid-January.”

Peru:
John Shuman at Shuman Produce in Reidsville, GA, reported that company’s Peruvian sweet program is doing well, with demand for RealSweet® Peruvian sweet onions continuing to “remain solid and stable as it has throughout the season.” John said, “Our holiday increase began last week and will continue through early next week.” He also noted that demand for the RealSweet Peruvian sweet onions “is up year over year as retailers and consumers recognize that Peru yields a premium sweet onion product.” Quality “continues to be very high this year,” and John said, “We are very happy with the product that is being packaged and shipped to retailers.” The market is steady, and Shuman offers all sizes of Peruvian sweets, with “approximately equal quantities of jumbos, colossal and large/mediums.”

Broker’s Perspective:
John Harris with Paradigm Fresh in Denver/Fort Collins, CO, weighed in on current market conditions Dec. 21, telling us, “Whites are the one bright spot in an otherwise abysmal onion market this year. We have seen the white price slowly rise above $10 FOB in the Northwest over the last three weeks. Nevada is up to $15FOB. All areas will be bullish for the next several weeks, and this rise should continue for the next month until there is enough volume from Mexico to change the market trend.” John said that reds seem to be in good supply from all shipping areas. “Prices are relatively low, but demand seems to be pretty steady week to week. Quality is very good this year,” he said of red onions. About yellows, John said, “There is no hope in my eyes for the yellow market to make any big moves this year. Canada, Michigan and New York are short of medium yellows and will become a customer earlier than usual in the spring. This is a shred of light that we are all hopeful for, but until we get to that time, the yellow market will likely remain in the basement.” Regarding transportation, John said, “Rail and Railex is a major factor this year as opposed to last year. Reefer rates are definitely up this year, and the truck shortage that is out there is being felt by all of us. With FOBs being so low, it has caused delivered prices in most places to rise and taken away most hope that FOBs might be able to come up as well.” 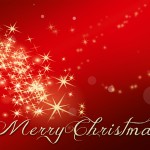