Derek Ennis of L&M Cos. told us that New Mexico onions are moving well, and his company’s supplies are “heavy on the bigger sizes.” L&M is shipping reds, whites and yellows in all sizes, and quality is very good. Derek said demand is solid and market steady. “It appears the market is getting stronger this week,” he said.

Rich Hoffman with Santa Maria Seeds in Bakersfield told OnionBusiness.com on July 7 that the market has been holding well, and pricing has been reasonable. He noted that the region is on time for shipping, and with more mechanical filling of cold storage, the deal could clean up as early as the last week of July. “That will leave things opened up for the Huron area to get going,” Rich said.
Photos courtesy of Rich Hoffman, Santa Maria Seeds

Robert Bell with Western Onion said his company’s Kern County deal in the southern part of the Central Valley had endured another heat stress period in the last 10 days, and while the market seems to be holding, quality issues have arisen. Mildew brought the fresh deal to a halt for a couple of weeks, and Robert said the later fields have been better off. “Fields with overhead sprinklers have been affected,” he said. “Drip fields are doing fine.” He said crews are harvesting the later fields ahead of earlier onions and then going back to the short-day and intermediates. Short-days are mostly shipped, he said. Robert said the Central Valley had unusually hot weather early in the season, and he predicted the current Kern County deal will wrap up likely by early August.  “We’re not going to use overhead next year. We’ll go to drip,” he said. Western Onion will move in late July to Willow Springs in Antelope Valley and will work the organic deal for a month. In late August it will move to Cuyama Valley for at least a month, also for organics.
Video and photos courtesy of Robert Bell, Western Onion

Kathryn Fry-Trommald with the Walla Walla Sweet Onion Marketing Committee told OnionBusiness.com that demand for the Walla Walla Sweet has been strong. The federally protected growing area started shipping mid-June, and Kathy said supplies are expected to hold through mid-August. “The onions are beautiful,” she said, adding that the June 18-19 Walla Walla Sweet Onion festival showcased the Washington State Vegetable. “It was absolutely great,” she said, adding that frequent festival attendee Chef Ralph Pesznecker of the Timberline Lodge on Mount Hood east of Portland is using Walla Wallas in an upcoming Bacon and Brew Fest. 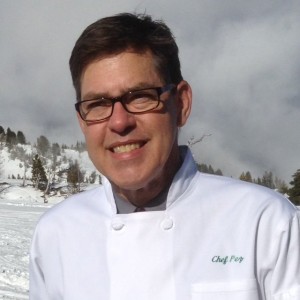