Mike Davis of Tex-Mex Sales in Weslaco said his company will start its Texas program next week with light shipments and then begin shipping heavier with all colors and sizes beginning in early April. Mike said the area has had a good growing season, and the quality of the crop looks very good.

Don Ed Holmes of The Onion House in Weslaco reported on March 23 “There are a few Texas onions coming in.” He said, “The crop looks really good. Size is excellent, yields are better than we originally expected,” he said. “It looks like it will be a smooth transition from IEO to Texas,” he added.

Michelle Gurda at A. Gurda Produce in Pine Island said the market this week is steady, with medium reds moving better than other varieties now. “We have truckloads of all varieties coming in weekly,” Michelle said, noting the company will ship into early May.

Tiffany Cruickshank at Snake River Produce in Nampa, OR, said the shed will wrap up 2015 crop shipments the last week of March. “We have onions in the ground and are looking forward to the new season,” she said.

At J.C. Watson Packing Co. in Parma, ID, Kent Sutherland said the market is improved this week. “J.C. Watson received a good push for Easter holiday,” he said. Supplies continue to be light, and Kent said quality is good.  The Parma facility will ship through the end of April.

At Tex-Mex Sales in Weslaco, TX, Mike Davis said that company’s Mexican program is very active right now, normal for this time of year. Mike said Tex-Mex has had good demand for sweets and all colors and sizes. Supplies may lighten up through the weekend due to Easter celebrations, but Mike said it will pick back up after the holiday. Tex-Mex Sales anticipates wrapping up with the Mexican onions around April 10.

At The Onion House in Weslaco, Don Ed Holmes said the Mexican deal is still rolling right along, with business and prices holding steady. He reported $12 for jumbos and $14 for mediums. 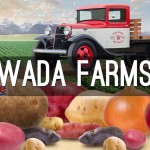