After an announcement late last week that Union Pacific Corp. is eliminating several hundred employees and 200 contract positions before the new year, the Malheur County Development Corp. took a proactive stance and, according to Grant Kitamura, corporate president and managing partner in Baker & Murakami Produce in Ontario, OR.

Union Pacific has committed to rail service, and its Cold Connect transport is also committed to the transload facility planned for the Nyssa area in Eastern Oregon, a project that is part of 2017’s $5.3 billion transportation bill approved by Oregon’s legislature and signed into law by Oregon. Gov. Kate Brown.

The Malheur County project was provided $26 million, and oversight of the project was assumed by the MCDC, which is made up of onion industry reps and other regional stakeholders. Executive director of the group is Oregon Rep. Greg Smith, who also services as Malheur County Economic Development Director.

OnionBusiness.com contacted Grant on Oct. 31 to discuss the transload facility and any possible impact from UP’s announcement it is cutting hundreds of employees this year and will cut more leading up to year 2020.

According to an article published at
https://www.wyomingnews.com/news/local_news/union-pacific-announces-plans-to-cut-around-jobs/article_0ee4c084-d8e6-11e8-8973-0f041585c9c8.html, UP plans to reduce approximately one-third of its general and administrative expenses by 2020 and has already cut its workforce by thousands of positions in recent years.

Kitamura said although some of the UP cuts have involved persons who have been working with MCDC on project plans, they have not been the decisions-makers.

“The ‘powers that be’ are very aware of the facility plans and very positive about the project,” he said of top administrative personnel who remain in communication with MCDC. “In fact, they have made all the decisions to go forward.”

Kitamura also said he and Greg Smith had discussed the issue, and MCDC is “making a collaborative effort with transload facilities in the East.”

He said, “We’re going forward with the people we know at UP, and Greg is working on the collaborations to expand demand and increase base service.”

Noting the Malheur transload facility is in the development phase, Kitamura added that it would be no problem to adapt to a revised UP model. “MCDC is ready to work with a new, trimmer UP,” he said.

Developers are working to have the facility operational by the 2019 shipping season, is Kitamura said needed zoning changes are being made and the project is “going forward as planned.”

The online story noted that as a result of its restructuring, “Union Pacific will consolidate operations from three regions to two, and eliminate five service units, including Denver 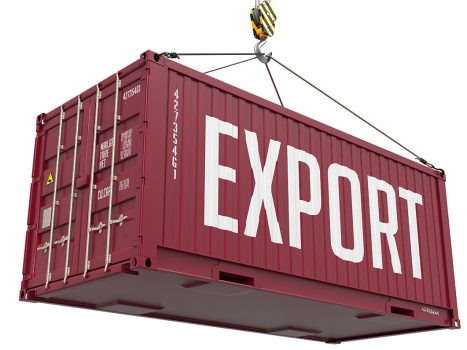