Just a few days shy of his 34th birthday, Aries Haygood, GM of M & T Farms Inc. in Lyons, GA, shared some thoughts about onions in general, Vidalias in particular and the direction the industry is going as a result of changes in technology and politics.

Aries, whose Greek mother named him for the mythological god of war, gained his onion experience through 10 years at M & T. And that, he said, was the happy result of marrying wife Megan, daughter of company co-founder Terry Collins, who started the farming operation in the early 1990s with Mike McKinley. Collins has since become sole owner.

“I married into it,” Aries said of his career role. A native of Vidalia, Aries attended Georgia Southern University in Statesboro – “Home of the Eagles!” – and it was there he met Megan. She was from Lyons, and Aries said, “We were rivals in high school.”

After he earned his degree in Business/Marketing, Aries and Megan “came home” to Lyons. “I came on to help my father-in-law, and I started at the bottom to learn the business. I worked from the ground up,” he said. Along the way he gained experience and eventually took on the position of general manager of the farms.

During the decade he’s been in the industry, Aries has also expanded his skill set in marketing as well by chairing the Vidalia Onion Committee. And though he is younger than many industry counterparts, he shares many of the “older generation’s” values. In fact, by sharing morals and values from previous generations, Aries said he believes he and other Millennials are contributing to not only their generation but to those coming.

“There are some Millennials who are very ambitious because we want to be and we also need to be,” he said. Citing what many describe as the “entitled generation,” Aries said, “A large segment of society today is not into working. I see young people who don’t want to get into agriculture or farming, who don’t want to work at all. But some of us are motivated. Some of us will be innovative. We want to do more, and we want to work – not necessarily harder but more efficiently, and we want to get more done.” 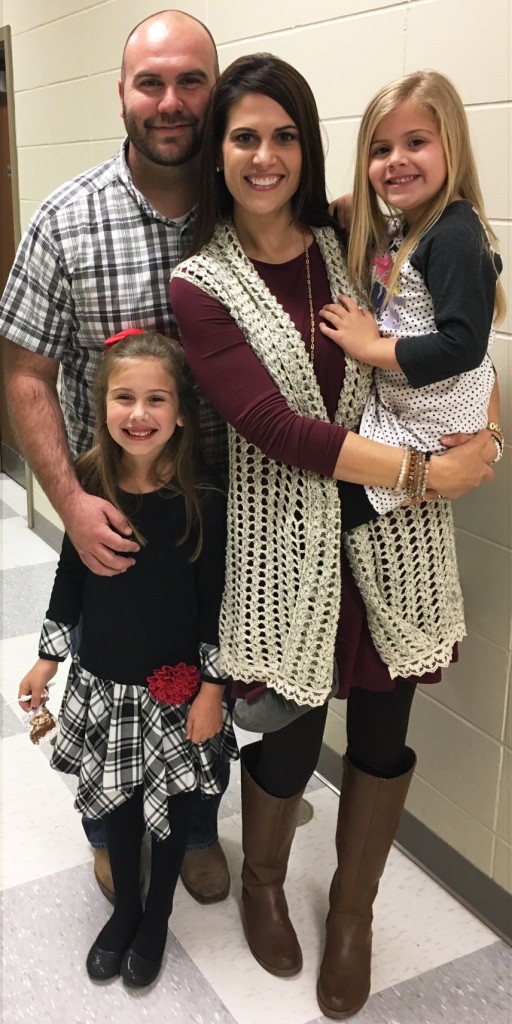 Aries and Megan with daughters, seven-year-old Elly and five-year-old Elin

Aries and Megan are parents of two daughters, seven-year-old Elly and five-year-old Elin. Aries said, “I want us to leave a legacy for our girls. It’s so easy today to turn on the TV and hear the world is a horrible place, and I think it’s important for us to teach our girls to make the right decisions, to admit when they make mistakes and take responsibility and most important to tell them, ‘Don’t give up.’”

Being an onion grower lends itself to that determination, and he said that being flexible and receptive to change is part of the package. Just in the past few years he’s seen positive changes in the way onions are dried and cured, moving away from the older peanut dryers to pressurized floor systems that keep the temperature at optimum levels.

“We also harvest differently,” he said, explaining that onions are put directly into bin boxes now, allowing for less bruising and handling.

At M & T Farms, the packinghouse has seen expansion, he said. And in the fields, with newer technology and seed varieties, the farm has been able to increase its yields, which Aries said “allows us to better manage the acres we have.”

He expects within five years M & T will switch to internal and external optic grading, “and also we’ll probably have more robotics.” He said, “With Vidalias it’s very labor intensive, and we’re looking to compete in the global market. In order to grow, that’s how we’ll have to go forward.”

The farm is also going forward into organics, with 2017 seeing 10 acres of certified Vidalias planted. “It’s going to be a challenge,” Aries admitted, saying “We’ll of course harvest and store them separately, and we’ll run them at designated times.” He said running Vidalias to order is the most efficient way to meet demand – “When they call us and tell us they need product, we’ll run it.”

This year’s crop is planted, and Aries said harvest will start in April and run through May. Shipping will start in late April, with the season going through Labor Day.” The onions are marketed through Little Bear Produce in Edinburg, TX, and a portion of the onions are also packed under the M & T label.

With a level head and a well-defined path, Aries Haygood also shared his optimism for the coming years.

“I see such enthusiasm after the election,” he said. “I watched how fast the Dow jumped up. It’s exciting to see that. And I can just tell by talking to people that what we have is a rejuvenation.” 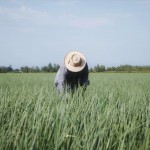