NAFTA to be forum topic at Viva Fresh

Addressing the effects of NAFTA on the Southwest’s produce industry, the session will have produce experts looking at both the positive and negative impact of President Donald Trump’s announcement that he will renegotiate the agreement.

NAFTA as well as other trade agreements, including the Trans-Pacific Partnership, were the subjects of much debate while President Trump was campaigning last year.

A press release coming from Viva Fresh quoted Melinda Goodman, Viva Fresh Produce Expo educational committee chair, as saying, “In an interactive discussion with the audience, the panelists will focus on the big picture of NAFTA and the role of produce in trade and how potential changes to NAFTA could impact the industry as a whole, as well as potential changes to production costs, consumer pricing and supply.”

The session is scheduled for 2 p.m. Friday, April 21, at the Hilton Austin Hotel and will feature Robert Guenther, director of policy and public affairs for United Fresh Produce Association, as moderator. The panelists will include Luis Ribera, Texas A&M associate professor and extension economist who will lend his insight into NAFTA’s effect on industry and ag, including a look at the changes in produce since NAFTA was signed into law in 1993. Ribera, who is the director of the Center for North American Studies, is program director for International Projects with the Ag & Food Policy Center.

Also on the panel is Ron Lemaire, president of the Canadian Produce Marketing Association who has for more than 16 years worked with government and regulatory agencies and officials on behalf of the members of CPMA.

Raul Urteaga, general coordinator of international affairs with Secretariat of Agriculture, Livestock, Rural Development, Fisheries and Food division of the Mexican government, will sit on the panel as well. His experience in bilateral trade includes serving as a commercial advisor in the NAFTA office in Washington, D.C. and working with SENASICA, the National Service for Agroalimentary Public Health, and PROMEXICO, a subdivision of the Secretariat of Economy. Urteaga will speak “to the view of NAFTA from Mexico and how changes in free trade create new challenges and opportunities,” according to the release.

While there will likely be renegotiation of some kind of the trade deal, Bret Erickson, president and CEO of the Texas International Produce Association, was quoted in the release as saying, “It’s important that we understand the broad context of the challenges and opportunities of NAFTA and prepare a list of requirements which best serves the needs of the entire produce industry as well as U.S. consumers.” 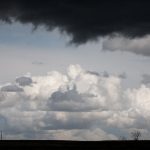