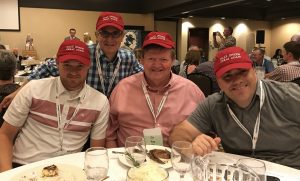 Located in the heart of the Tri-Cities and Washington’s onion production region, the convention offered not only informative sessions but also great tours of Northwest fields and facilities and a stellar opportunity to network with other industry reps.

Onion Business owner/publisher, Sherise Jones was among those who attended, and OB was a proud Platinum sponsor of the event.

“It’s no wonder the convention was so heavily attended,” Sherise reported. “Onion industry pros traveled from all parts of the country and even countries abroad to take part, and the general consensus was that the big draw for this meeting were the tours that took place on Friday, July 21.”

She added, “It’s not often that members of the industry can see so many fields and larger-than-life packing operations all in one day. Add to it a relaxing lunch at one of the nation’s premier wineries, Columbia Crest, and you have a field tour like no other. It was a highlight for us and for others who attended.”

The tour group was transported in three buses and a car caravan, all making their way to the Washington State University, or as WSU staff say, “WAZZU” test field. There WSU Extension Agent Tim Waters made a presentation concerning testing of treatments for thrips at the Pasco field location.

The tour then traveled to Hartley Produce, where Brent, Troy, Taryn and Shawn Hartley spoke about the family operation. Other members of family and staff were in attendance to assist with the tour.

“Everyone was wowed by the Hartley packing of tri-color mixed bags,” Sherise said. “Many hadn’t seen this type of pack before.”

She reported that lunch at Columbia Crest winery was “a relaxing time and allowed for networking and good food.” Caterers had developed a special ‘Egg-in-the-Hole’ recipe using fried onion rings, and the dish was presented at an “onion ring bar,” she said. “Tour participants loaded up on an array of toppings, and no one walked away hungry.”

Additional stops took in fields that were sizing up well for the upcoming harvest.

“Comments from tour visitors were made that the fields were in immaculate condition and virtually weed free,” Sherise said.

The tour’s last stop was at Columbia Basin Onion, where the packing line was running full steam.

“The new state-of-the art equipment is a site to behold,” Sherise said. “Onions are running quickly, moving up and down conveyor belts and through high-tech bagging systems. The entire tour group was impressed with the magnitude and efficiency of the CBO operation.”

Adding to the tour’s success were the meetings and presentations, all done in a relaxed atmosphere.

Sherise said other notable highlights of the convention were a presentation by NOA’s Kim Reddin, NOA Director of Public and Industry Relations Kim Reddin on food trend research and Executive Director Wayne Mininger’s report on the state of the onion industry.

Another notable presentation was provided by Peter Friedmann, executive director of the U.S. Agriculture Transportation Coalition (AgTC), who got the crowd energized with his “Make Onions Great Again” red caps.

Friedmann even donated his personal cap to the NOA live auction and raised $110.

At the convention banquet, NOA President Doug Stanley reminded attendees to support the NOA and its programs.

“It’s important that we support the National Onion Association and the fine work that is being done,” Doug said. “Now more than ever, we need to support Kim’s efforts too. She is working hard to increase awareness and demand, and these efforts are critical to the success of our industry.” 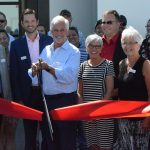