A harvest report sent by the National Onion Association in early October shows demand for domestic onions to be steady and stocks on hand to be down from this time last year.

The end result, according to the narrative provided by the association, is stable pricing and orderly marketing.

“Steady demand, bolstered by emerging general knowledge of quite manageable supplies, has kept pricing stable at a minimum, and firming a reality in quite a few instances,” the report reads.

It adds, “Do keep in mind that more U.S. packing sheds are offering product at this time of year compared to any other period on the calendar. With this backdrop, positive and improving prices during the heart of harvest bodes well for the long run…” and, “Market discipline, coupled with a positive outlook, will do a lot to bring just reward as every possible demand niche is supplied with high quality packs. The end game must include orderly disappearance while pricing product at justifiably attractive levels befitting increasing costs of production, packing, and distribution.”

What’s more, export is active, although the report notes that it is “busy for some; noticeably tepid in a couple markets reflecting the strength of U.S. currency and firm price levels of U.S. sourced onions. Traders indicate both prospects and volumes could and should increase.”

Reporting region by region, the NOA says that the East saw “trying weather circumstances” during the growing and harvest seasons, but “significant portions of the crop are good to excellent, turning out even more favorable than expected. While variable size and quality affect a fair number of lots, very good product will be sustained throughout the entire shipping season. Several note significant price and volume pressure from Canadian offerings.”

In the Central United States, weather also presented “challenges on a fair number of fields” but “much of the crop is exceptionally good; a couple noting it is the best in decades. Harvest will conclude soon; general feelings about the market going forward are positive. Pricing pressure on small onions from the West noted by several.”

The West is in harvest wrap-up, “up to two weeks early for many operators. Hot growing season weather in the Northwest moderated size and yields, maturing the crop early. Quality is good, albeit stressors caused some product to be abandoned, and increased the probability of elevated shrinkage throughout the shipping season. Summer crop to storage crop harvest transitioned extraordinarily smoothly resulting in significant market advantage for both segments of production. Movement is well ahead of normal for many operators. The above factors combine, bringing even more volume manageability to the crop in store, further encouraging steady selling from the best strategic marketing positions possible.”

NOA continues, “ Measured movement and confident marketing, combined with sustained demand and consumption, elevates possibilities to achieve best economic outcomes. Production and handling costs move higher with each passing year across the land. Profitable returns should be the goal at every turn of the onion, America’s ‘stable staple.’ Onion should be given the respect it deserves, and be sold well as it maintains and expands its place as an always available, economical, tasty, and nutritious essential vegetable. Risk and sweat equity deserves fair reward in this national industry rich in history and pride.”

In Canada, the finishing weather has been “mostly favorable,” with some rains interrupting. Harvest in early October was at 75-80 percent, and Quebec onions were described as “very nice.” Ontario has mixed results, with some onions described as “very good” and others “fair-at-best.” Trading is active, and movement to the U.S. markets is “pressuring competitive position of U.S. counterparts.”

In other areas, NOA reports that moderate business to Mexico is occurring, with “increased inquiry is an inkling that more sales should develop.” Central America “spot markets more favorable as higher European price levels encourage more buys from the U.S.” Tampico, Mexico, planting season is progressing, but it is “too early to get a fix on acreage comparables.”

Also, imports from Peru into the United States are “up significantly compared to last year at this time.”

Exports to Taiwan are termed as “active,” and “more than usual to Japan.” South Korea is “modest” for U.S. onions.

NOA says that “extended opportunities in the Pacific Rim are not yet fully clarified. Lower supply in Europe, coupled with higher global demand (e.g., South America, Africa, Central Asia, etc.) is sustaining elevated prices compared to last season despite the ongoing, and as of yet unresolved, Russian embargo and counter-sanctions.”

Our thanks to the National Onion Association for this detailed information, and we are glad to pass it along. Click here to view the report: NationalOnionCOASSOC_68_15 OCT_STAT REPORT 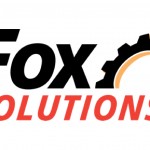