Don Ed Holmes of the Onion House in Weslaco, TX, says onions from his growers are 60 percent in, with harvest running a little later than normal. “It’s perfect Indian summer weather there now, just right for storage,” Don Ed said on Oct. 6.

“The crop is progressing, and we’ve been selling intermediates for about two weeks now. They are mostly jumbos and colossals, and we have some reds and whites in with our yellows,” he said.

In Corinne, UT, region, a labor problem has some shippers unable to run and store simultaneously, Don Ed Holmes of the Onion House says. “They’re about 70 percent in,” he said of the crop during the first week of October. 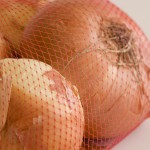