A November report presented to the Idaho Department of Agriculture Food Safety Modernization Act Advisory Committee by Bill Trask, food safety director of Baker Packing Co. in Ontario, OR, reiterated the point that diversity in farming/ag practices across the nation should be considered in FSMA regulations.

Trask told OnionBusiness.com his report reviewed a late September Pacific Northwest farmland tour organized by the Idaho, Oregon, Washington and California departments of agriculture and attended by Stephen Ostroff, the Food and Drug Administration’s Deputy Commissioner for Foods and Veterinary Medicine as well as state FDA officials, farmers and other stakeholders. Kay Riley, general manager of Snake River Produce in Nyssa, OR, also attended the tour and was part of the November meeting of the advisory committee.

Trask said that during the tour Commissioner Ostroff saw first-hand the difficulty in “applying the rules equally to farmers in North Carolina and in Idaho,” where practices can be quite different. Trask said the tour illustrated the “diversity and the types of agriculture and farm practices in the Northwest and West. It was really eye-opening for some of the people, who are learning under fire.”

One especially valuable takeaway, Trask said, was a deeper understanding that the entire fruit and vegetable industry “has to be concerned about farm to fork.”

And, he said, “The best news is that there is a one or two-year extension for most compliance dates” on the FSMA regs that were to go into effect in 2017.

He cited the sanitary transportation regulation as one such extension. The reg had an original compliance date in April 2017 and has been extended to 2018. The extensions, he said, depend on company size.

In addition, Trask said the FDA awarded grants to 42 states and organizations for education purposes, “so departments of agriculture will be educating growers and others on how to comply with the new rules.”

Trask said, “From my viewpoint, the fact they [FDA] are reaching out to the departments of agriculture and are coming out with some guidelines gives us more voice. I believe they are working on coming up with equitable solutions.”

That point was also made in a November post on the FDA Voice blog, https://blogs.fda.gov/fdavoice/, where Ostroff wrote of the NW experience, “By visiting farms in different parts of the country, you see first-hand the food safety challenges that are unique to a region. Farms are different sizes, grow a variety of crops and don’t follow the same growing and harvesting practices. There’s a varied amount of rainfall by region and season, and irrigation methods differ by crop and location. And so, while farmers confront some of the same issues, there can be real differences in the challenges they face.”

He continued, “What produce farmers and other food producers have in common is that they face new federal standards for the production of safe food. Seven foundational rules to implement the FDA Food Safety Modernization Act (FSMA) were finalized by May of this year. These include the produce safety rule, which establishes enforceable safety standards for the production and harvesting of most fruits and vegetables on farms in the United States and foreign farms that produce these commodities for the United States.”

Moreover, Ostroff wrote, “They also include the preventive controls for human food rule, which establishes safety standards applicable to food facilities, including those that process fruits and vegetables.
I, along with my colleagues at FDA and state counterparts, visited the farmlands of the Pacific Northwest and California earlier this fall to get a sense of how growers, packers, processors and other stakeholders are getting ready to meet the new standards that apply to them.”

The tour took in irrigation systems, meetings with growers and ancillary industries as well as other stakeholders.

“Produce farms have not been regulated like this before – it’s new territory for both the farming community and for FDA. We were asked many questions and received a great deal of feedback about the new regulations. But we found a strong commitment to providing consumers with safe fruits and vegetables and to moving forward in a collaborative fashion,” he said. “These trips also highlighted the fact that that many food producers and industry associations have already invested a lot of time and effort in food safety measures.”

Ostroff addressed water shortages, noting such conditions make it difficult “for growers to predict from month to month and season to season how much water will be available, where it will come from, and what it will cost. Therefore, many had questions regarding the produce safety rule’s water quality standards.
Our state regulatory partners in Washington, Oregon, Idaho and California brought members of the produce community together to meet us and discuss these issues.”

Ostroff said, “The take-home lesson for us was the need to provide adequate education and training and clear guidance that will help these farmers comply with FSMA. Farmers are looking for this and we’re making sure that we can fill these needs. There was also a lot of discussion about making sure that the information we provide can be understood by people working on farms who are not native English speakers.”

Photo of the Week, December 15 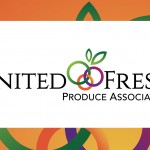