In a Dec. 9 email McEntire noted that a report requested by Congress and prepared by the Government Accountability Office had been posted online Nov. 28 to illustrate how the FDA has worked with the produce industry and other concerned entities to implement the Produce Safety Rule. The FDA document is accessible at http://www.gao.gov/assets/690/681273.pdf.

Steve D. Morris, GAO director of Natural Resources and Environment, said in the report that between August and November 2016, the GAO reviewed the final FDA ruling on the Food Safety Modernization Act.

Morris noted FDA had developed “an information clearinghouse” with the charge of evaluating and responding to concerns regarding the FSMA rules, including the produce rule. The online posting said the clearinghouse, aka the Technical Assistance Network (TAN), became operational in September 2015, and “serves as a central source of information to support understanding and implementation of the FSMA rules. Businesses and other stakeholders—such as industry associations, academia, and consumers—can submit questions online or by phone or traditional mail,” Morris wrote.

Now operational, Phase 1 of the TAN “evaluates and responds to questions related to the publication of FSMA rules.” Phase 2, anticipated to launch in 2017, “will evaluate and respond to questions from FDA and state inspectors working to ensure industry compliance with FSMA rules

Addressing TAN questions received from September 2015 through September 2016, the GAO director said that “officials at FDA told us that many of the questions it received related to the produce safety rule sought clarification regarding uses of water that meet the definition of ‘agricultural water.’” That issue is of particular interest to the onion industry, and Morris went on to say that the “FDA also received many questions seeking clarification on the requirements for collecting samples of agricultural water. Because of the large number of questions on both of these topics, FDA considers them high-priority areas to address in developing guidance. Specifically, FDA identified these topics as those most important to include in the first phase of its general compliance and implementation guidance for the produce rule, whereas other topics will be addressed in the second phase of the guidance.”

She said any FDA-designated high-risk foods or facilities “will also need this kind of certificate. This document is most relevant for third-party auditors and others looking to perform these types of audits overseas.”

Also in the United update were links to a USDA Economic Research Service report on farms which shows the “vast majority are family owned,” she said. The report can be accessed at https://www.ers.usda.gov/webdocs/publications/eib164/eib-164.pdf. 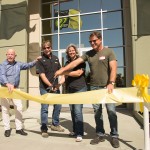