Omar Cruz, agronomist for Bland Farms, was named the 2018 “Grower of the Year” and long-time industry icon, R.T. Stanley, was inducted into the Vidalia Onion Hall of Fame during the Vidalia Onion Committee 2018 awards banquet.
More than 200 guests attended the annual event, which celebrated a strong production year in 2017 that also marked the 25th anniversary of the Vidalia onion trademark.

“Our congratulations to Omar and R.T. on being selected to receive our industry’s top honors,” said Bob Stafford, interim executive director, Vidalia Onion Committee. “We enjoyed one of our strongest seasons in 2017, and we are looking forward to a good harvest this year.” 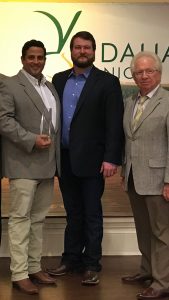 Omar Cruz earned his degree in agronomy from the University of Havana in La Habana, Cuba. Cruz has been farming with Bland Farms in Tattnall County since 2005. He shares his vast knowledge with various Vidalia onion growers in the surrounding counties.

Omar has hosted numerous onion trials that have yielded valuable information to benefit the Vidalia industry.

R.T. Stanley started farming in 1964 as a sharecropper with his uncle and a decade later established Stanley Farms with his father. In the late 70s, Stanley Farms began farming Vidalia onions with their first five acres. This small acreage later grew into more than a thousand acres.

One of the industry’s most influential growers, R.T. has hosted many onion events over the years, including for the National Onion Association. He considers himself very fortunate that all three of his sons – Brian, Tracy and Vince – graduated from the University of Georgia and came back to Toombs County to be a part of Stanley Farms. 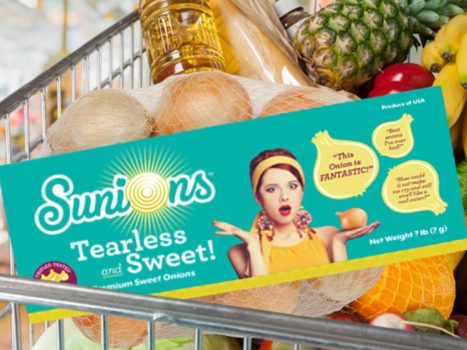