When Don Ed Holmes, president of The Onion House headquartered in Weslaco, TX, talks about his lifelong attachment to the onion industry, he starts with his first shed job.

“I started working,” he said, “when I was in the first grade.”

His dad grew onions for shippers in the West Texas town of Floydada, “45 minutes northeast of Lubbock” on the High Plains.

“I had the benefit of working every summer – June, July and August – in the packing shed, loading bags.” As he got older, his skills and responsibilities expanded, and eventually he drove a forklift as well.

After graduating high school in Floydada, Don Ed attended Texas Tech in Lubbock. During his sophomore year in 1973, he inherited a farm and started growing, and in the summer of his junior year of college he went to work for De Bruyn Produce in South Texas, driving truck.

Thus far, he had covered every aspect of onions, from planting to selling, all in his home state.

And then the onion veteran moved to Michigan, where it “was too cold, and there were too many trees,” he said. “I came back to Texas in 1977 after about a year there, and I’ve lived in the Rio Grande Valley ever since.”

Along the way, he worked with the Grasmick family of onion growers in Texas and Colorado, with DeBruyn selling the Grasmick crop.

“I started Magic Valley Packing Co. with the Grasmicks,” he said, noting that he also worked with Tom Lange Co. from 1996 to 1999, selling onions that the Grasmicks grew.

“And then in 1999 we started The Onion House for sales with the Grasmicks.” And in 2005 Holmes and his wife, Janie, and became sole owners.

One constant throughout his onion life has been the establishing and nourishing of relationships, which Don Ed calls the lifeblood of the industry.

He added, “That’s a test if you’re doing it straight.”

In addition to the Texas deal, The Onion House is involved in Colorado’s Western Slope. “We’ve been with John Harold since 1995,” Don Ed said. The company has also sold onions for the Norman family out of Corinne, UT, since 2010, and Don Ed said he works with R&N Sales, one of the largest growers in Tampico, Mexico. That deal started in 2003, he said.

“And we have a new deal out of Chihuahua that will start mid-May and run to the first or middle of July. We have multiple customers we broker for, so we’re in onions 52 weeks, really,” he said.

Chihuahua is “more and more a white onion deal that’s coming into McAllen instead of El Paso,” Don Ed explained. “We have good trucks and new highways coming out of Mexico. There’s a freight advantage out of western Mexico through McAllen.”

The Onion House is well situated for just such a deal, with an 85,000-square foot facility in Weslaco. “We’re in the perfect spot to handle new business,” Don Ed said.

With more business comes more change, something Don Ed has taken notice of throughout the last four decades. “Computerization is of course the biggest thing,” he said. “We I started we were using a rotary dial phone, and 30 percent of what we shipped went by rail car.”

Much of the change is good, and much is also “what it is.”

“It’s become less personal,” he said. “Two years ago was the first time I got an email order, and I never called the guy. I never told him how pretty our onions were. It all transpired electronically.”

Depending on one’s generation, “what it is” can be exciting, or it can be more of a teachable moment.

“Some new guys in the business get all excited, and some don’t. One of the guys who taught me to sell onions was just allergic to the fax machine. To him it was so impersonal, and now we have customers who don’t even have a fax machine in the building. They do everything by email.”

Don Ed continued, “In the 1980s we did business in the Carolinas with about 15 different mom & pop produce operations. We’d start putting all these little orders in a basket and then put together six loads. It was all direct, and we knew every buyer in every little town. There was a real challenge, and it was a lot of fun. Now it’s all consolidated, and it looks completely different.”

Food safety has brought its own set of changes to the industry, and Don Ed said, “We have to spend a sizable amount of money to follow all the rules, and now we’re getting into sustainability as well.”

What does this lifelong onion man see in the near future, say the next five years? “I think the biggest change will be 6that produce will be outsourced,” he said. “We have shrunk our labor pool, and one of the biggest issues we’ll face is how to get the crops out of the fields.” He said sweet onions bruise too easily for mechanical harvesting, which is one option for storage onions.

“For us, we’ll probably just run the clock out,” he said. Don Ed said the new Chihuahua deal holds promise, and the Utah deal is “just fantastic.” And for him, “what it is” at this point is all good. 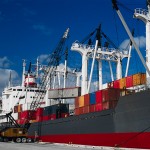