Sherise said, “All the company reps that I was able to visit with agreed that if you are selling to foodservice, Monterey is the place to be every last weekend in July. Comments were favorable about the show, and many attendees said the new Portola Plaza is a much-improved experience over the last two years when the venue was under major construction.”

While exhibitors said traffic for the show appeared to be up over recent years, equal comments were made that it is “what goes on surrounding the expo that makes the weekend in Monterey special,” she continued. 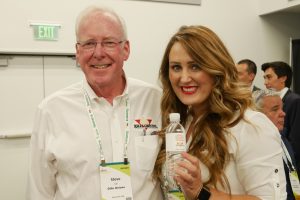 Nearly everyone Sherise talked to said that they had a plethora of meetings and events that they either hosted or attended in the days leading up to the show on Sunday, July 29. “Of course, a few said that they made time to get in a few putts and drives at what is known as one most beautiful golf courses in the world,” she added.

And she said as well as exhibiting at the expo, many onion participants at the show were involved in other activities that took place over the weekend. For instance, she said, Gills Onions provided the water bottles at the 5k race, and Pro Act LLC, along with our friends at Volm, participated with general sponsorships. 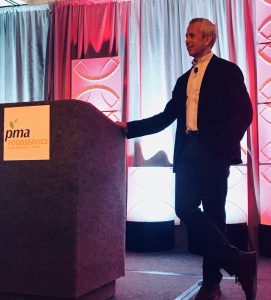 A major highlight of the event was the keynote speaker session with Danny Meyer, CEO of Union Square Hospitality Group and founder of Shake Shack. In his presentation, Danny talked about the exciting evolution of foodservice and the challenges facing restaurant owners and suppliers.

He covered a number of sensitive issues including food safety, but the real takeaway was that he and other restaurant operators are constantly looking for new and innovative ways to “advance quality, save time and save some money doing it.” And while this is one tall order to fill, Danny noted that with the help of suppliers, “it’s very doable.”

Please see our photo gallery below that shows some of the folks we had a chance to visit with. 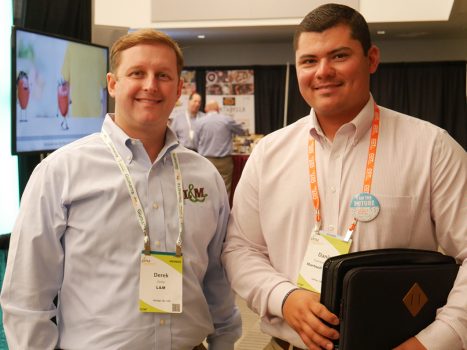