A new onion specialist on the sales team, coupled with the grand opening of a Denver distribution center, are two components of the ongoing expansion of Paradigm Fresh, a Fort Collins, CO, produce broker/distributor. 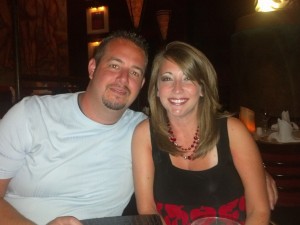 Jon Meyer is the latest commodity specialist to join the team, which now consists of “six full time sales guys,” President John Harris said. Including the distribution center, Paradigm has 16 full-time employees – more than five times the staff when it started in October 2014.

Meyer, who came to Paradigm after 10 years with Bosgraaf Sales Co. in Hudsonville, MI, is at the Colorado company’s Hudsonville branch office and is one of Paradigm’s five onion specialists. The sixth salesman’s field of expertise is hothouse tomatoes, cukes and peppers, Harris said.

Opening the Michigan branch dovetails with the grand opening of Paradigm’s state-of-the-art distribution center, centrally located in Denver. While center started operations in late 2015, Harris said the official grand opening is slated for early to mid-March, and he noted a second local delivery truck has been added to the fleet.

Speaking of his longtime working relationship with Meyer, Harris said the two met through Meyer’s father, Mike, at Bosgraaf Sales.

“I worked with Jon and his father Mike at Bosgraaf for about five years,” Harris said. “I met Mike first through the NOA, and eventually Jon started to take over most of the business I was doing with Mike. Jon and I are of similar age and had a lot in common.”

He continued, “I probably bought as much as I sold Bosgraaf, and those symbiotic relations usually develop into the strong lifetime relationships that the produce world helps develop. When Bosgraaf started the difficult progression of shutting down its operation permanently, Jon approached me about possibly opening up a Paradigm Fresh branch in Hudsonville. With the growth and progress we have made here over the last 12 months, this was a natural progression for us, and Jon is a great. He, like myself, has grown up in, and around specifically the onion business.  He brings a great attitude, and years of hands-on repacking and warehousing… and he will direct most of his attention to the Midwest and Northeast as this is the area he has been handling directly for years now.”

“I have the opportunity to sell onions from multiple locations and have connections with so many different shippers,” he said. He said technology and efficiency are key to Paradigm Fresh’s operations, and he said he looks forward to helping “make the company grow leaps and bounds for many years to come” by bringing his “understanding of the industry from field to store shelf. Being in the packing and shipping side of the business for 10 years gave me the opportunity to meet with farmers and see all their struggles and successes. Being a packer, I know what happens during the process of from the field to the grading line and then into the packaging.”

Meyer will be working with all onion growing regions, and he said, “I will be very involved with the Michigan farms and packers because of my experience and knowledge of the area.”

Harris said the new facility has eight dock doors, three large coolers with various temps and 10,000 square feet of ambient temp floor space for onions, “which is allowing us to really specialize and treat every order that we do on an individual basis to fit each one of our customers specific needs.”  The company services both retail and foodservice, with foodservice “the better part of what we do and are our bread and butter.”

He said, “The bottom line is that my commitment to the onion industry is deeply rooted.  I want Paradigm Fresh to be looked at as an asset to the industry. This is our lifeline and we are here to nurture, grow and protect it at all costs.” 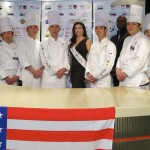