By Kathleen Thomas Gaspar
Some notable changes have taken place at Paradigm Fresh, a major onion repacker/veg broker and distributor now in its sixth year in Colorado.

According to Paradigm President John Harris, Paradigm consolidated its Denver/Fort Collins offices and warehouse into a single facility in Fort Morgan northeast of Denver.

“We moved out here in mid-September,” John told us this week. “It took us about six weeks after the move to get fully functional.” The ag/rural setting of Fort Morgan, which is John’s hometown, is not only convenient but also allowed for significant expansion as well.

The new operation center maintains great accessibility to the Denver Metro region via Interstate 76. “We are just outside of Denver Metro where there is no traffic,” he said. “Our location is one block off of I-76, and there is a Cat scale next door to us which is very convenient.”

The facility sits on a large lot to accommodate truck parking, and John said, “We have six dock doors and do a lot of drop and hooks with our own trucks along with contracted carriers.”

In its onion operation, Paradigm packs “around 10 loads per week here of consumer packer packages when we are running a full crew, but we could do a bit more as our customer base continues to grow.” The new building has approximately 7,000 feet of cooler space, the six dock doors and two buildings.

“We have a little less than 50,000 square feet between the two buildings, giving us lots of room to operate as well as staging and managing a fair amount of product,” he said.

With his own produce background in onions, Harris has devoted 100 percent of the repacking operation to onions.

“They are the roots and history of my past and of Paradigm,” John said. “We also handle around 30 truckloads per week of mostly tomatoes and some mixed fresh veg that we distribute all locally to the Denver Metro area. Our onions are shipped nationally, throughout the Midwest and East Coast.”

Paradigm sources “primarily from Washington, Idaho-Eastern Oregon and locally grown Colorado onions for the majority of the year, he said, adding, “Those crops usually start in August and go until late April or some cases into May. We do little Southern California onions in May, then source onions from New Mexico in June and July. And then we’re right back to the Northwest.”

He continued, “We do pull some Mexican and Texas onions when the market makes sense. Each year quality is usually the determining factor about when to make the switch. The year we have seen very good quality from the Northwest with zero sprouting issues so far, which means we’ll probably go until they finish up before making the switch. Last year, sprouting was a concern early, and we had to switch to new crop a little earlier than we normally would make the move.”

With conventional and “a few organics” the specialty of Paradigm, John said the company brokers a “lot of Mexican product, although he noted, “We don’t bring them into our Fort Morgan facility on a regular basis.” Because whites are tight this year, he said, “We will probably have some Mexican whites starting to show up here in the next few weeks.”

Paradigm also moves sweets, and John said the shed offers various pack options in both cartons and consumer bags, he said. “We handle a pretty large line-up of sweet onions. The time of year is really what determines what we are packing or carrying for sweets. Every customer has a different need. Imports are always a very good sweet option, but they are usually a more expensive option as well; so price often times dictates what we are packing and selling.”

Five sales pros work the desks, and John said they are “well-versed in their respective fields.”

He said, “Rob Harris, my father, specializes in onions and has 40-plus years of experience as a grower, packer, shipper and a broker. Greg Hutton is former owner of Rocky Ford Produce, and after that he was L&M general manager of the Colorado facility. He also has close to 40 years of experience as a grower, packer, and shipper and broker. Jeremy Burton is our jack of all trades and handles a full line-up. He does a lot of local business for us and has over 20 years of experience. Travis Bain is our CEO, and he handles all of our tomato and fresh veg distribution, along with running our trucking company handling all of our local distribution.”

And, John said, “I bring up the rear, and onions are my specialty. I manage the packing operation here in Fort Morgan, along with handling both our sales out of Fort Morgan and a lot of direct shipments from various packers direct to our customer base. Most of the direct business I handle is all bulk 50#, and what I am managing in Fort Morgan is our retail business. ‘Boston’ John Holiday is our GM of the Fort Morgan plant, and he also handles all of our day-to-day transportation for outside carriers. He is a lynch pin to the success of our sales team and really is one of those guys that can do it all.”

Paradigm has its own local transportation operation with four trucks, and John said, “We also have a couple of outside carriers that help manage our local hauls as we have more to do than our fleet can handle. Trucks are a necessary evil for the distribution process that we have created. Some days I wish I had five more units, and other days I wish I didn’t have any.”

He continued, “We just aren’t big enough to be able to do our own maintenance, and so it is a big expense and a pain in the neck when we do have breakdowns. Over the Christmas break we had multiple trucks in the shop at once. Most of the mechanics were on holiday vacations, and the turnaround time was excruciating. We had to get very creative with schedules to get everything done for sure.”

Additionally, “There is a lot of oil field service in our area, and they employ a lot of the available pool of drivers, making them a hot commodity.”

And that, he said, results in a situation where “we can buy trucks a lot faster than we can find drivers, which is one reason we haven’t been in a big rush to add more equipment to our fleet.” 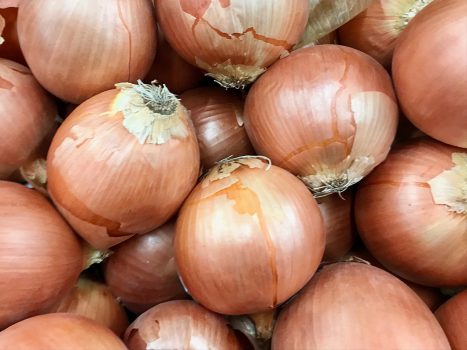