By Kathleen Thomas Gaspar
One upshot of public hearings held by the Oregon Department of Transportation/Oregon Transportation Commission on Feb. 21 was dual approval of the Treasure Valley reload facility to be located in the Nyssa, OR, area.

According to Grant Kitamura, president Malheur County Development Corp. that is overseeing the project and partner in onion grower/shipper Baker & Murakami Produce Co. in Ontario, OR, the hearings included testimony from a number of key players in the reload project.

“The review board suggested moving forward with our project,” Grant said noting the approval clears the way for more funds to be dispersed.

A total of $26 million specifically for the reload facility was approved in an Oregon Transportation Bill signed into law in 2017 by Oregon Gov. Kate Brown. Thus far, Kitamura said, “We’ve had $1.3 million allocated [for various studies], and we’ve used about half of that. The remainder of the $26 million will be disbursed as criteria are met during the project. We are following ODOT guidelines and timelines, and we haven’t missed any deadlines they’ve set.”

Grant said engineering studies will continue. “We’ve done about 30 percent of them, and we will now be funded to bring those studies to 50 percent completion.” The studies include city utilities and other infrastructure components.

“And we’re entering the design phase,” he said.

Commenting that the pace has “not been what we anticipated,” Grant said the economic development corporation and stakeholders in the region’s onion industry are optimistic and looking forward to “efficient transportation and service” with the 18-day turnaround of cars provided by Union Pacific’s Cold Connect, the rail service with which MCDC is negotiating. 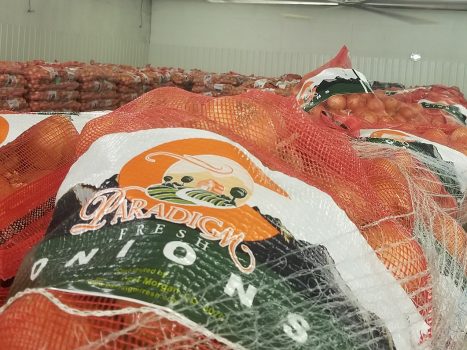