Charles Francis Hanline, age 98, of Plymouth, Ohio passed away on Thursday, June 30, 2016 at his home. He was born on March 9, 1918 in Clarksburg, West Virginia, the son of Frank Scott Hanline and Sebina Ellen (O’Leary) Hanline. On March 30, 1946, he married Alice Louise Dome of Ada; they were married 48 years until her death in 1994. In addition to his wife and parents, Mr. Hanline was also preceded in death by a sister, Mary Katherine (Robert) Peterson of California; two sons, Earl Frank Hanline, and Charles (Marilyn) Hanline Jr. of Willard.

Charles graduated from Vaughnsville High School in 1936, and then from Ohio Northern University with a degree in civil engineering. During college he worked on a farm in Ada for Maggie and Anna Stambaugh. After graduating from college, he joined the U.S. Army Air Corps and was a 2nd Lieutenant in the 492nd Bomb Group. Charles survived as navigator until he was shot down and was a prisoner of war in Germany, where he freed by General Patton at the end of WWII. After the war he worked for Jenning Stambaugh at Standard Oil in Cleveland where he met his wife Alice. Charles then took a job as an engineer for John and Rhea Stambaugh to help solve drainage problems in the marsh south of Celeryville. He shortly became partner and eventually owner of the John F. Stambaugh Company in Plymouth, Ohio.

Mr. Hanline was active in many professional organizations: the American Society of Agriculture Engineers, the National Society of Professional Engineers, past president of the National Onion Association, North Fairfield American Legion Post 706, the Celeryville Growers Association, commissioner of the Richland County Park District, and director of the Celeryville Conservancy District.

Charles loved to share his farm produce with others and would personally deliver onions, potatoes and sweet corn to many neighbors and friends. He also loved animals and wildlife, and always had his faithful dog at his side.

Visitation will be held at the Secor Funeral Home in Plymouth, Ohio on Tuesday, July 5, 2016 from 4:00 to 8:00 PM where the funeral service will be held on Wednesday, July 6, 2016 at 11:00 AM with Reverend Janet Wittenmyer officiating. Burial will follow in the Greenlawn Cemetery in Plymouth. In lieu of flowers, memorial contributions may be made to Plymouth Improvement Committee for the pool fund, the Trinity Lutheran Church in Willard, or the Stein Hospice of Sandusky. Online condolences can be made at www.secorfuneralhomes.com 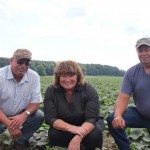