Like many of its Treasure Valley onion-growing neighbors, Kitamura Farms in Ontario, OR, has begun planting its 2019-20 crop. But, also like their neighbors, owners and brothers Larry and Rick Kitamura are experiencing a bit of a rain delay this week.

Hiccups are to be expected in farming, as these third-generation growers well know.

Acting as spokesperson for his brothers, Grant Kitamura, a managing partner at Baker & Murakami Produce in Ontario, told OnionBusiness the farm’s more than 2,500 acres was about 20-30 percent planted, and he said there were no big changes in the program for the coming season.   “We had good precipitation this winter, so our water should be OK,” Grant said of the new year.

Kitamura Farms is a grower partner in Murakami Produce and one of the farming entities for Baker & Murakami. Grant said the onions from his brothers and the other growers for 2018-19 season are expected to carry into May. He said, “We will go into reefer soon, and quality should remain very good,” adding, “Our storage quality has been excellent.”

As the last of the Kitamuras to farm commercially, Larry and Rick have carried forward tradition and culture brought to the United States by their grandfather in second decade of the 20th century. Grant shared some of that history, saying that determination, dedication and hard work by his family’s first-generation farmers in America was later built upon by continued dedication, stewardship of the land and community support in the Treasure Valley.

“Both of our grandfathers came over from Japan as bachelors,” Grant said. “Our paternal grandfather served in the Japanese Navy during the Russo-Japanese War [1904-05] and came to America soon after it ended.” Denzaburo Kitamura worked in Helena, MT, on the Northern Pacific Railroad for 12 years, returning to Japan to marry. He returned with his wife, Ryu, and the two started their family.

“Then he came back and farmed in the Yakima Valley,” Grant said. The family farm was in Toppenish, WA, and a variety of crops were raised and sold at markets in the Valley and in Seattle.

“My dad’s family had 10 kids, and the nine surviving siblings were all born in Toppenish,” Grant said. “They farmed there until World War II started, and then they were sent to an internment camp in Heart Mountain, WY.” Conditions were very harsh, and the family was there for more than three years, Grant said.

“They had left everything behind. It was in late spring or early summer when they left Toppenish, and the crops were in the ground. They lost all of it.”

After the war the family was briefly in California and then settled into the Treasure Valley, working fields for other farmers. Ultimately the children – Grant’s father, George, and his uncles – began farming on their own in the Treasure Valley, and Grant, Larry and Rick farmed with their dad until Grant joined Sig Murakami at Murakami Produce. Larry and Rick went on to collaborate on Kitamura Farms.

Grant said his mother’s family story is much the same. Lillian Morinaga Kitamura’s father, Yonezo Morinaga, was a Japanese immigrant in the early 1900s and worked as a fisherman in the Northwest. He moved to Seattle and contacted his family in Japan to for a spouse – wife Setsu Morinaga was the daughter of family friends. Although his maternal grandfather died before Grant was born, he has great memories of his grandmother, who was the Morinaga family matriarch until her death in 1993.

Like the Kitamuras, the Morinagas ultimately were farmers and raised, among other crops, onions in Idaho-Eastern Oregon.

“My mom’s family came out of the internment camps and farmed between Weiser and Ontario,” Grant said.

Farming, Japanese family traditions and culture have been an important component in the area, and he said Kitamura Farms is an economy of scale, comparing to other operations in the Northwest and growing regions around the country. “They farm 10 times what our father did,” he said.

Grant said the farming families created “generational deals,” with the first generation establishing the farms, the second continuing the tradition and the third – Grant, Larry and Rick – assimilating. “We don’t speak Japanese,” he said. “And our generation had choices other than farming. Some of the family members farmed, like Larry, Rick and I, and others did not. My brothers are the only farmers left in the family. We learned to farm from our parents, who learned from their parents. So it really is a family farm.”

He said over a 30-year period Rick and Larry acquired other farmland, expanding their operation to its current size. They put their acquired knowledge to good use, acting as stewards of their land.

And “part of their success has been through friendships and family connections that allowed them to expand here in the Valley,” Grant said. “It’s been the community, family and friends who’ve helped create Kitamura Farms and who helped me at Murakami Produce.”

Many of the farms, he said, have been Japanese. “It’s cultural, and it’s strong friendships. And it’s very evident in my family how those relationships have helped us. We don’t take all the credit.” 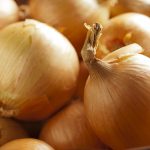