Two large-scale onion plantings, one in the Imperial Valley of California and the other in Vidalia, are showing good results and promise for PlantTape, an automated transplanting system developed in Spain and brought to the United States by Tanimura & Antle.

According to PlantTape Research Development Manager John Louie, the onion plantings this year follow trials in 2016 here in the United States and earlier in Europe.

“The first trial of PlantTape onions was in Europe in 2014. In the U.S., we began to trial PlantTape onions in 2016,” Louie said in mid-April. T&A acquired PlantTape in 2014 for “technical development in the United States,” planttape.com says. Louie said during PlantTape’s first years in this country, the primary crops were iceberg lettuce, romaine, broccoli and cauliflower.

And the website noted the system is “ideal for agricultural producers aiming for increased efficiency and productivity in their operations” by being “more efficient than the conventional transplanting methods using plugs and soil blocks.”

It says, “PlantTape offers a fully integrated system from sowing the tape, to germination and nursery care, to transplanting in the field. PlantTape is commercially used to plant lettuces, broccoli, cauliflower, celery, onions, tomatoes, cabbage and other crops are currently on trial.”

As of fall 2016 system is being manufactured in California.

“This was the first of three steps to making this technology commercially available in the United States. Our first USA customer, Tanimura & Antle, has been running their first two acquired transplanting machines all season and has successfully logged over 1,600 acres with our newly manufactured tape,” the site says. “This excludes the previous 4,000 acres they had planted from tape manufactured in Spain.”

Louie told OnionBusiness.com the transplanting process for onions is different than for other crops, and he provided photos to enhance his explanation.

“For the onions, we use a High-Density finger assembly on the planting module. The flexible HD finger allows the machine to plant a tighter spacing compared to our fixed low-density fingers. In order to plant the PlantTape onions deeper, we can utilize deep module kits. The deep module kits utilize a deeper planting shoe and taller sidewalls that allow the onions to be planted deeper in the ground. In the Vidalia onion trials, we were planting onions at 3-4 in spacing at about 2mph and 1.5 acres/hour.”

Louie said he could not provide comparative data to show a cost savings in labor compared to hand transplanting.
“I do not have enough data on the hand transplanting side to make a comparison,” he said. “As for PlantTape, we can plant 1.5 acre per hour with two employees, one tractor driver and one PlantTape machine. As we continue to collect data from willing onion growers, we will begin to create a more comprehensive cost analysis of PlantTape vs. traditional transplanting.”

The process itself, explained in full at planttape.com, is fascinating.

The page says, “The PlantTape sowing line is where the trays of tape are created and where seeds are planted. The tape is a combination of peat moss and vermiculite between two layers of biodegradable tape material. On the sowing line, a seeder drops 630 seeds every six seconds into pre-made hole in the tape. After the seeds are dropped into the tape, a small amount of vermiculite is placed over the seeds.

After germination, the seedlings develop normally in the plant pockets of the tape. The plants can be transplanted at any stage of development, from a few days after germination up to a full-grown seedling plant.”

“An operator simply replaces the trays on the transplanter and guides the tape to the module… The plants can be transplanted at any stage of development, from a few days after germination up to a full grown seedling plant.”

The growing methods for both fresh market and storage onions remain the same, although other crops “such as lettuce, romaine, broccoli, and cauliflower we have found decreases in fertilizer and irrigation inputs throughout the nursery and farm processes.”

And Louie said any crop that’s transplanted stands to benefit from this new technology.

“We believe that PlantTape will positively impact any region that transplants crops because of its labor efficiency and plant growing quality,” he said. “As far as I have researched, most agricultural areas are facing a shrinking supply of labor and an increase in labor wages. As a result, labor intensive traditional transplanting is becoming more and more challenging.”

He continued, “PlantTape is creating more opportunity for transplanting in regions that face challenges with weather and labor. Furthermore, PlantTape creates an opportunity to use more technology throughout the farming process. Since the spacing and placement of PlantTape is so accurate, farmers are considering using robotic weeding machines, variable rate spray applications, and automated harvesting machines.”

View the PlantTape photo gallery and video below: 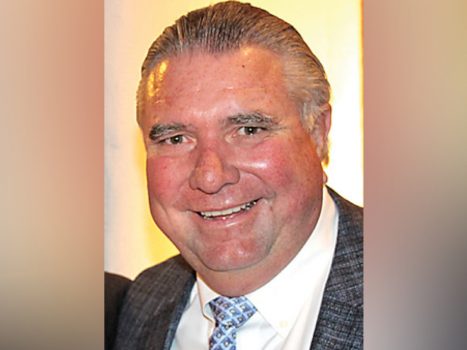