The PMA Foodservice show in Monterey July 28 and 29 has electrified the produce industry and with good reason. The speaker line-up and sessions this year, along with the trade show, are all top-notch.

Kicking off the speakers’ sessions during the 11:45 a.m.-1 p.m. keynote event in the San Carlos Ballroom of the Monterey Marriott is Danny Meyer, CEO of Union Square Hospitality Group and founder of Shake Shack.

His bio says Danny “lives his business life on the edge,” showing “willingness to take strategic risks, embrace change and welcome disruption.” In his address, “Whoever Wrote the Rule,” Danny looks at the momentum others can create at their businesses by asking, “Whoever wrote the rule?”

As head of Union Square Hospitality Group, Danny oversees “some of New York’s most beloved restaurants, including Union Square Cafe, Gramercy Tavern, The Modern, and more.” He, his restaurants and chefs have earned 28 James Beard Awards, and Danny himself has received the Julia Child Award and has been included in TIME’s 100 list of the Most Influential People in the World. He’s the author of Setting the Table (HarperCollins, 2006), in which he “examines the power of hospitality in restaurants, business and life.” He’s also an activist in the fight against hunger, serving on the board of Share Our Strength. He’s also supported hunger relief initiatives such as City Harvest and God’s Love We Deliver.

Another popular event in Monterey is the annual invitational Sunday Brunch, hosted by USA Onions/Idaho-E. Oregon Onion Committee & Southwind Farms Gourmet Potatoes at Montrio Bistro prior to the opening of the expo. Montrio Chef Tony Baker and his staff are overseeing the event, preparing signature dishes featuring USA onions from the Treasure Valley of Idaho-Eastern Oregon and fingerling potatoes from Idaho based Southwind Farms. 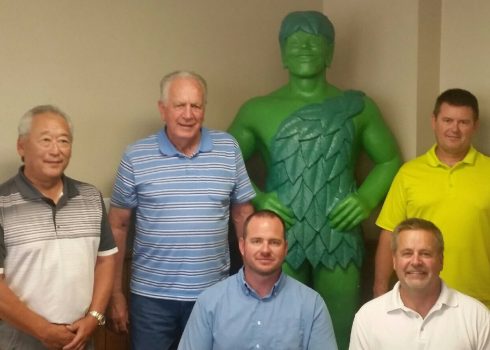