One special feel-good story this week comes from our friends at Schuman Farms and retail leader Publix.

Late last month newly-designed signage for Produce for Kids, a program founded by Shuman President John Shuman, appeared in Publix produce departments, officially launching the bi-annual campaign that, according to a release provided by Shuman, is “centered around better choice eating and consumption of produce while raising funds for local Feeding America® food banks.”

The new signage is displayed next to each partner, and in addition, Shuman Farms is featuring RealSweet® Vidalia® onion bin wraps that promote the campaign and encourage shoppers to visit produceforkids.com/publix.

This is the 17th year for Produce for Kids to work with and Publix and its produce partners. Over the years the effort has seen nearly 7 million meals provided to families in need (every $1 donated to Feeding America helps secure at least 10 meals on behalf of member food banks), with more than $659,000 raised for Feeding America programs that benefit families and children in Publix market areas. The release noted that since 2003, the campaign has raised more than $3.2 million for the retailer’s area charities.

John Shuman said, “We value our ongoing Publix partnership and wanted to enhance visibility to shoppers this year through redesigned signage and the implementation of our new RealSweet bin wraps. The produce brands who participate in this promotion have a lot to be proud of knowing the $3.2 million impact made in Publix communities over the years.”

Publix customers can identify partner brands through in-store signage, featuring the Produce for Kids and Feeding America logos in all Publix produce departments. Signage directs customers to produceforkids.com/publix, which features more than 500 registered dietitian-approved and family-testedrecipes, meal planning tools, grocery store-specific campaign details and healthy tips. Customers are encouraged to share healthy recipes from their own kitchen and inspiration during the campaign using the hashtag #produceforkids.

And to celebrate the campaign, Publix Aprons Cooking School in Jacksonville, FL, hosted a June 8 Produce for Kids family event that was open to the public.

Maria Brous, media and community relations director for Publix, commented, “At Publix, we want to help our customers meet their health and wellness goals by offering a wide variety of produce and meal solutions in our stores. We are proud to partner with Produce for Kids on an effort that helps families make better choices to meet their lifestyle needs while supporting our communities.”

For more information about the Publix and Produce for Kids campaign, visit produceforkids.com/publix. 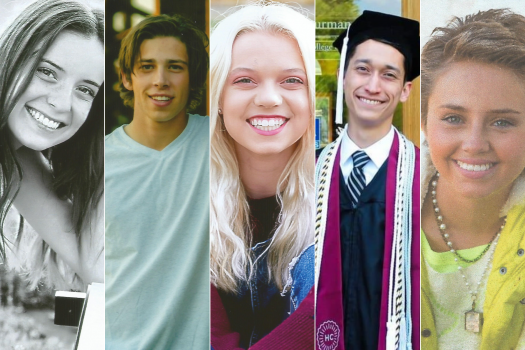