OnionBusiness.com’s Sherise Jones attended the recent National Onion Association/National Allium Research Conference in Savannah and reported that in addition to a busy schedule of Committee and Board sessions, “the NOA implemented an all new half-day of interactive sessions that took place prior to the tour of Vidalia onion country.”

Sherise said, “During the interactive session, Kim Reddin, NOA director of public and industry relations, provided a session on social media effectiveness and protocol. With many successful Twitter parties that have hosted millions of attendees to her credit, Kim is in a unique position to pass on useful information to NOA members.”

Reddin opened the session by explaining why social media is so effective for branding with its low cost and tremendous reach, but she also cautioned that to building a social media program requires consistent attention, a well-thought-out plan and the inclusion of an official social media policy.

She went on to say describe the value of several social media platforms and said the NOA favorite is Twitter and its short 144-character format, which is easy to manage. Kim also mentioned the need to be highly visual is required with whatever the platform is used. 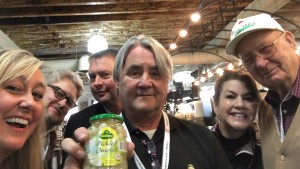 After the social media session, the group took to the streets, with Kim having arranged for a scavenger hunt at Parkers Gourmet Convenience Store in downtown Georgia. Visit the store chain’s website at http://parkersav.com/. Prior to sending groups of six to the market to find uniquely “Parkers” gourmet offerings, Kim explained the power of c-Stores and how they are gaining in popularity – especially for fresh food offerings, which creates a special opportunity for onion markets.

Later the scavenger hunt group reconvened at the conference center for a special showing of the “Thirsty Land,” a documentary film that tells the story about extreme drought, agriculture and the water crisis in the Western United States and how farmers, urban communities, and the environment are all impacted. The documentary trailer can be viewed at https://www.youtube.com/watch?v=3SJjL8tnf_A

For those who weren’t able to attend the Savannah event, it was an exceptional conference. For you – and for those who were a part of the conference, we hope you enjoy our photo gallery from this year’s NOA/NARC combined convention below. The photos include Distinguished Service Award recipients, Clint Shock, Director and Professor, Crop Research, Irrigation Management, Watershed Stewardship for the Oregon State University, College of Agricultural Sciences and Ron Gitaitis, UGA Extension, Professor: Bacterial Diseases Vegetables. 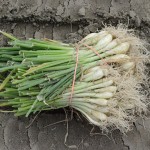