Sights and sounds of Zibelemärit are fantastic

Now here’s a bit of true allium fun celebrated every year for the past 400 by the good folks in Bern, Switzerland.

It’s known as the Zibelemärit, and it’s all about onions. That, of course, caught our attention right away. And when we clicked on
https://www.bern.com/en/news-events/detail/zibelemaerit-onion-market, we were blown away by the sights and sounds – the colors, the festivity, the vibe – of this late November event that brings thousands of participants and tons of onions to the Swiss capital.

According to the website, the Zibelemärit is “a traditional folk festival held on the fourth Monday of every November.” And it brings farmers from the “surroundings areas,” which we take to mean the entire country because Switzerland is approximately three times the size of the greater Los Angeles region. And those farmers arrive in Bern with “more than 50 metric tons of onions and garlic in artistically woven braids.”

For the conversion-challenged, a metric ton translates to 2,204.6 pounds.

With all those onions in a city roughly the size of Sioux Falls, SD, one can imagine, as the site says, that the air is “filled with the scent of onion tarts and Glühwein [a mulled wine], the traditional Zibelemärit has returned to the Swiss capital.”

And even early in the morning, the Old Town fills with “thousands of visitors as they enjoy this farmers’ market and folk festival in one.”

The festival is listed as one of the most important customs for the Swiss people, and it actually – according to local lore – is the result of a 15th century fair known as the Martini Market that sold “everything except onions.” The Swiss then created a separate market just for us onion lovers.

But there’s a less happy account that says the Zibelemärit came as the result of Bern’s great fire of 1405. “When 650 wooden houses burned down and 100 people were killed, the people of Freiburg hurried to help. As a sign of their gratitude, the Bernese allowed the people of Freiburg to sell their onions in Bern every autumn from then on,” the site says.

Whatever the origin, the festival today has the elements of a joyful page from the Swiss tale of “Heidi.” Fresh mountain air, with the heady aroma of onions in tarts, onions in soup, onions in pizza or onions with a few hundred other food compadres, can make the most curmudgeonly old goat a happy camper. And there are souvenirs galore at this event, too. Sadly, we didn’t find an Amazon link… but that’s probably a good thing.

So enjoy photos galore and a virtual visit to Switzerland and, of course, enjoy something oniony and delicious while you do. 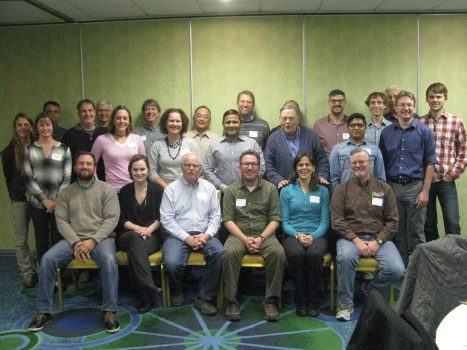