Idaho-Eastern Oregon’s Treasure Valley is a close-knit family of onion growers, shippers and processors, and there is no time more illustrative of the area’s true kinship than Christmas.

Showing its holiday spirit through many kindnesses is Snake River Produce in Nyssa, OR. And while Kay Riley, general manager of the onion operation, is very active in the LDS church and in fact chaired a committee this year that coordinated a non-denominational Christmas celebration, the company’s own “giving tree” has branches that reach every month of the year.

December’s presentation of the “Musical Tribute to Christ” featured choirs from area churches and organizations, with Riley donating time and energy to make sure the concert touched hearts with the message of Christmas, and in describing that special event and other occasions of sharing, Tiffany Cruickshank, transportation manager and sales/marketing assistant at SRP, said, “Kay does so much, and we really try to give back all year long.”

Cruickshank, whose husband, Chad, is advisor for the local chapter of Future Farmers of America, said working with the Treasure Valley’s youth is a large part of Snake’s efforts.

“We sponsor sports schedules for Nyssa High School,” she said, adding that every season is covered by SRP’s contributions. “And we also give to the annual PTO-sponsored elementary school carnival.”

Regarding the FFA’s influence in ag-centric Treasure Valley, Cruickshank said, “We work wit the local chapter all year. Recently the Nyssa Les Schwab sponsored a food drive with all the regional FFA chapters, and Snake River Produce donated a large volume onions to help our chapter compete.”

The Nyssa group of Future Farmers has 55 members all between the ages of 14 and 18, she said. 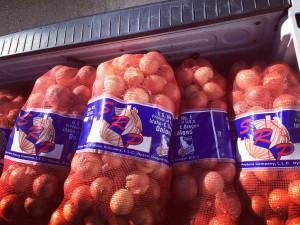 SRP is a major donor to local food banks as well. “There is a food bank hub in Ontario, OR, that services regional food banks in the Treasure Valley,” Tiffany said. “We contribute to that on a regular basis. “

And the company is ready to help other charitable organizations. “We have several veterans groups and churches who come to us for donations, and we always help them out,” she said.

To provide for its own employees, Snake River Produce arranges for annual mammograms through the St. Alphonsus Mobile Mammography Unit.

“We schedule the bus to come in once a year,” Cruickshank said. “This is something we do for all our employees and their family members. They are able to get mammograms at no charge, thanks to grants that cover the costs.” 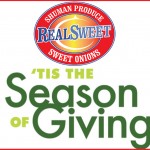 Shuman celebrates holidays by giving to others