Criticism of the Trump administration by media outlets has reached a deafening pitch, but it’s interesting to note those same media, along with others somewhat less shrill, have reported real and solid progress by the White House – particularly in the country’s economy.

We believe the high tide floats all the boats, including onion boats. And while we don’t know about you – not for sure, anyway – we think do the good news needs a bit more ink. So, offering this as a true feel-good story for the week: The economy is improving, jobs are increasing and businesses are expanding AND providing incentive to employees.

The most recent announcement came Wednesday, Jan. 17, from Apple. The tech giant announced in a press release that it will invest $350 billion into the U.S. economy over the next five years and also plans to create 20,000 new jobs in the U.S.

This week, less than a month into the new year, also saw the Dow Jones Industrial Average hit not one but two all-time highs, ending at 25,000 for the first time ever on Jan. 4 and then at 26,000 a week later. The Jan. 16 account at http://www.businessinsider.com/stock-market-dow-jones-industrial-average-tops-26000-2018-1 said we’d seen the market’s “fastest 1000-point rise,” and it added that hopes of “strong quarterly earnings, supported by steep cut in corporate taxes, and solid global economic growth have bolstered Wall Street’s optimism in the start to 2018.”

The recent tax reform has contributed to the upswell in economic growth as well, as reported by multiple sources. On its website, the Washington Examiner listed on Jan. 4 the more than 100 companies that were providing their employees with bonuses and pay hikes after the tax reform was passed. The story can be accessed at http://www.washingtonexaminer.com/over-100-companies-giving-trump-bonuses-after-tax-victory-tsunami-building/article/2644944 .

While the list is substantial, the story broke before CNBC’S Jan. 11 report on Fiat Chrysler’s decision to move its plant from Mexico to Michigan, as well as its investment of $1 billion in that move and the addition of 2,500 jobs in Michigan. You can read that story at https://www.cnbc.com/video/2018/01/11/fiat-chrysler-to-invest-more-thank-1b-in-michigan-plant.html.

In looking at the 100-plus companies responding favorably with bonuses, pay hikes and increased benefits, it’s notable that the initial list of 40 companies jumped overnight to 52 and then surged to more than 100.

The list we’re providing was compiled by Americans for Tax Reform and is in alpha order, starting with AAON, which gave $1,000 bonus checks to 2000 employees.

AT&T gave $1,000 bonuses to 200,000 employees and made a $1 billion increase in capital expenditures. AccuWeather handed out year-end bonuses to all employees, approximately 450-500, and cited “confidence in the growing U.S. and global economy now that the Tax Bill has passed.”

Aflac increased 401(k) match from 50 percent to 100 percent on the first 4 percent of compensation plus one-time $500 contribution to every employee’s 401(k), making a $250 million increase in overall U.S. investment.

American Airlines gave $1,000 bonuses for every employee, EXCLUDING officer, for a total of $130 million spread among 127,600 employees.

The Flood Insurance Agency is providing $1,000 bonuses for 17 full time employees and said in a press release, “Small businesses represent almost 75 percent of all jobs in the USA and the new tax laws benefit many those businesses. Their allocation of additional after tax income could be what causes a wave to turn into a tsunami of economic growth that moves the USA to a destiny defined by everyone’s hopes and dreams.”

And last but most assuredly not least, retail giant Walmart raised its wage to $11 per hour. There’s more on https://news.walmart.com/2018/01/11/walmart-to-raise-us-wages-provide-one-time-bonus-and-expand-hourly-maternity-and-parental-leave?gclid=Cj0KCQiAnOzSBRDGARIsAL-mUB3uZ9fPiHbxfiZFM9VPRafzsngg1YLsq0LKUmmwc4IIv4YxziBhyI4aAnW7EALw_wcB, where the Jan. 11 story said the corporate offices “announced plans to increase the starting wage rate for all hourly associates in the U.S. to $11[and] expand maternity and parental leave benefits and provide a one-time cash bonus for eligible associates of up to $1,000. The company is also creating a new benefit to assist associates with adoption expenses. The combined wage and benefit changes will benefit the company’s more than one million U.S. hourly associates.”

Walmart President and CEO Doug McMillon said, “We are early in the stages of assessing the opportunities tax reform creates for us to invest in our customers and associates and to further strengthen our business, all of which should benefit our shareholders.” The wage increase will kick off in February and will be “approximately $300 million incremental to what was already included in next fiscal year’s plan. The one-time bonus represents an additional payment to associates of approximately $400 million in the current fiscal year, which ends Jan. 31, 2018.”

While the new law will create some financial benefit for the company, Walmart is early in the process of assessing potential additional investments. That assessment will be done not only through the lens of associates, customers and shareholders, but also within Walmart’s financial framework of strong, efficient growth, consistent operating discipline and strategic capital allocation. Further details will be shared, as appropriate, when the company releases quarterly results Feb. 20, 2018.

It’s not all gloom and doom out there. There’s good news, too, and we’re happy to report it. 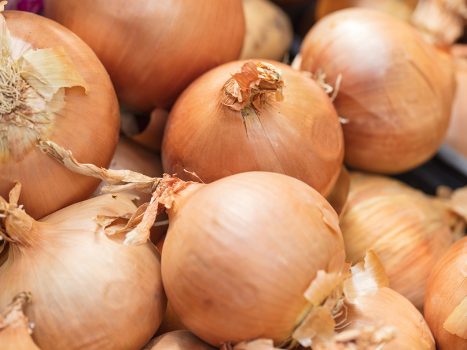 Market and Crop Update for January 18